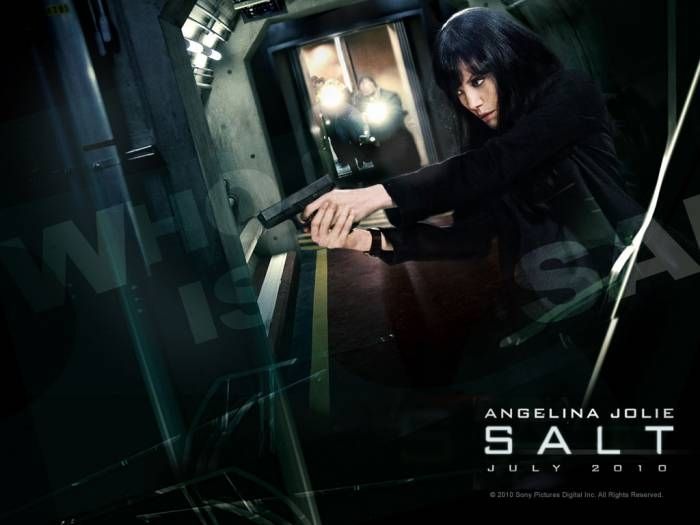 The adventures of a skinny white woman. That basically it. I remember the last time at my last job (before I became a spy) my manager requested that I join him in a meeting. Luckily I made a bomb out of some kersene oil I had stored in my desk draw, blew a whole through the wall and made a quick exit in the getaway car I had parked in the driveway specifically for emergencies such as that.

It turns out some months later I got word that the memo was sent to me by mistake. It is this sort of "over reacting" that plagues SALT to the core, especially in the first half of the movie. That and the physics defying, impossibly impossible stunts. The movie should be renamed to CRAZY SKINNY WHITE LADY JUMPS.

The story is good though predicatable while Angelina Jolee is some kinda "spy" slash escape artist that has had a little too much of the powder. I give it 7 out of 10. Very predictable, watch it on cable, skinny white lady doing impossible stunts, twist ending.