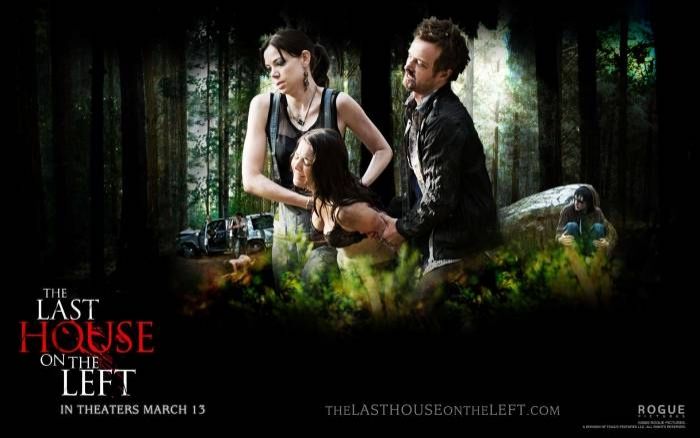 Based on Wes Cravenâ€™s 1972 original (and better) film. Last house on the left follows 2 girls that get kidnapped by murders and eventually end up at the house that is on the left of a lake. I am not sure if Hollywood is running out of ideas or the screen writers have some idea that Americans are retarded. The original movie was at one point banned.

The 2009 release takes a complicated edgy movie and transforms it into a load of monkey poo. Strong female characters are turned into damsels in distress; smart people are seen rummaging through their garage like they have never seen it before; people randomly talk to the screen in order to explain what is going on in the movie. Basically all the characters are a mere shadow of their former selves, each transformed into stereotypical twentieth century fools, helpless puppets to convention.

For the most part as expected they added the cheesy, pointless, blood and gore to this re-release. For instance there is a scene in the original movie where a guy gets his penis bitten off by a woman (which is horrible but is appropriate for its context). This scene is replaced by the same guy getting his hand mutilated in a sink trash disposal pipe. While in the original is truly painful, the current version is all about pointless blood. First move: chainsaw, this movie: hammer and knives are the best they could find.

A cup of water has more dept. Only for the blood and gore lovers of today. RATED: R for sadistic brutal violence including a rape and disturbing images, language, nudity and some drug use but still weak compared to the original.