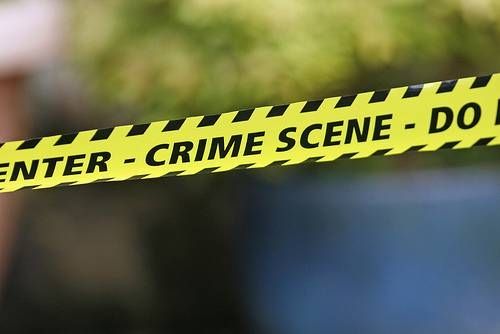 A video has surfaced on the national news of a man being beaten and shot by policemen in St. Ann last friday. The video was released after the CCN's made a press release about the incident. Critics argue that the video does not match up with the press release and this incident maybe typical.

The Constabulary Communication Network (CCN) had initially reported that Lloyd was shot dead after he attacked them with stones and attempted to stab a member of the team. Watch Video.

Human Rights Organisations are calling for the CCN to dismantled because it serves no purpose but to propogate Hearsay, misinformation and scripted police reports. Various human rights agencies in Jamaica have come out to say that his latest incident is a clear indication that the aforementioned CCN (Constabulary Communication Network ) body has out grown its usefulness to the public at large.

The head of the CCN in its defence stated that it would be impractical to disolve the body over a single incident and further stated that measures have been put into place to prevent this incident from re-occuring. It was not disclosed what these measures are or how they were concieved/implemented so over a holiday weekend. Knee-Jerk Effect?

The video of the incident has now become a mainstay of the local news for the pass 3 days. The Jamaica Broadcasting Commission may not noticed it as yet so as to ban it from public viewing. International media seems to not have caught wind of the incident and hence it may not affect the tourism product.

It has also been reported that up to the time of this writing the police officers have yet to be charged for any crime. It maybe a interesting turn of events if the "60 day with out charge or reason" crime bill passed in parliment only applies to civilians, poor people and those who do not have access to lawyers and cheap tertiary education.

Reports have also surfaced that one of the suspected policemen is suffering from heart palputations and had to be hospitalized. Lawyers of the accused are saying that the showing of the video may have created a bias in the eyes of the public towards the policemen. Added to the fact that the policemen where so swiftly arrested upon the release of the video without proper investigation and consultation on the matter. These actions may make it hard for the jury to be fair and balanced towards the policemen.

It is too early to tell how this will all pan out. All we know are the facts. One man of possibly unsound mind, a murdered woman, a team of policemen, a crowd of individuals egging on the policemen to "light him up" and a cellphone video that has changed the lives of the people involved.