This profile is empty.

When making love which is more important from your partner... raw undiluted passion or well honed technique and skill?

Passion all the way

Welllllllllllll, I blog about random stuff that come to me in the shower in the morning. Some of the stuff is open for interpretation which makes something that was originally small seem big. Take my previous blog for example.

O.k. Guys don't get too worked up, it's just another abstract question

Hmmmmm, o.k. :)I went on a camping trip once and my boyfriend at the time and I walked really fast ahead of the other people so we could hide in the bushes and have sex while they were passing. Lol

Is everyone else crazy or is it you?

Are you tired of chicken?

Logbook » Age is on my back 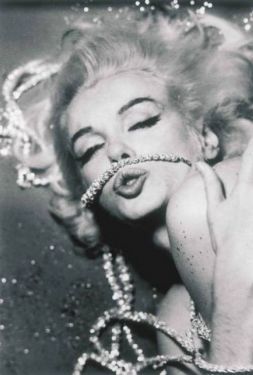 This morning I looked in the mirror and saw an irreversible bulge on my back coming around onto my waist, aka fat. I once saw a gift card saying Happy 40th Birthday, on it there was a picture of a woman brushing her teeth and her bottom jiggling. So the more years you add, the more jiggling and bulges you get.

Now men donâ€™t have a think to worry about, the older they get they better they look, some of them at least. They will also go further by asking you what you are worried about and why as a woman you are worrying about the bulge on your back. Hypocrites, hmmm, they are the same ones who trade you in for a newer model once that bulge makes its way to the front. Oops now you have a belly, a paunch is only cute in men.

When I was 19, I was skinny, cute and broke. Now that I am older I'm far from skinny but gorgeous and not broke. So I'll take Fat and Glamorous for a $1000 Alex.

Leon commented: You're only as old as you feel my friend. ... read 24 more

Along the way some where there is a line that is called crossing the border and jumping over into dirty sex. But where is it? I don't know. I think everybody has a different line. So then if one person does one thing and its normal and another person does it and it's dirty. Then there is no dirty sex or is there? Well I don't know, if I start having it then I will let you know. You know what they say about people who like to talk about sex.

Where is your line? At what point does it become dirty?

I need to know what the rest of the world's opinion is.

theprince answered: Well if these things are so important..then it would make more sense ending the relationship...the running up and down thing...nah go work...there's no justification... ... read 10 more

Cuz I can ask

taylor answered: uhhhhhh. sex with someone that i've wanted to be with since i first saw her.. even when it was happening i was asking my self.. is this really happening. and an experience it was indeed. ... read 9 more

I heard a song yesterday which just stuck in my head. The title was "I put a spell on you". It basically spoke of a man who put a spell on a woman while she was asleep then when she awoke she was in love with him. Now my first Victoria Secret set was love spell. I still have a set now. It's really nice, I wonder though if it gets up into your nose while you are asleep, if it will cast a spell on you. O.k. I have officially gone crazy, because I am quite amused now. LOL.

Anyway in a way scents can cause you to have illusions of grandeur about a person. Yep every time you smell that scent the person comes to mind. I don't know but lately I have been pretty obsessed with all these damn accessories called scents. Now I have too much. They are nice though. Maybe I will mix them up and come up with a magic potion.

Mad Bull commented: Wait! DBGirl, is it really you? Wow! The way I read Owen, I thought he would keep his blog secret from people close to him... see how you can draw the wrong conclusions from knowing someone via a blog. [confident] ... read 3 more