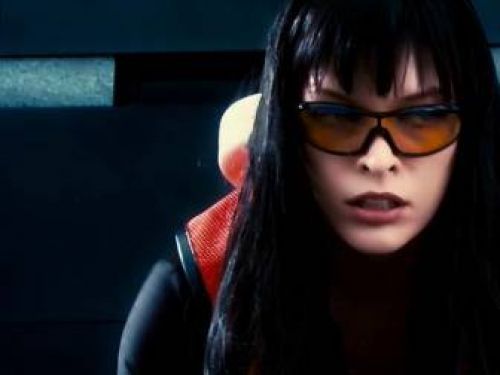 With the disappointment of Aeon Flux still fresh on our minds I still think that Ultraviolet is going to knock everything else out of the water. I am suspect that should they wait a little longer before releasing it. It is science fiction anyhow. Milla Jovovich has yet to disappoint. That combined with the fact the movie is directed by Kurt Wimmer the same guy that did Equilibrium. You can even see the "GunKata" in the trailer. Plus if you look care fully you can see rips of various other movies like Underworld, The Matrix, Torque. Ripping is not a bad thing especially if you do it better than the original - rip away. The story according to what I see in the trailer seems to be a mix between Resident Evil, The Transporter 2 and The Matrix. It looks good, really good. I said the same thing about Aoen Flux but this one looks like the money - I can almost feel it. Oh and that song at the end of the trailer (after the one from the matrix soundtrack) is "24" by Jem. Definitely a theater watch movie. 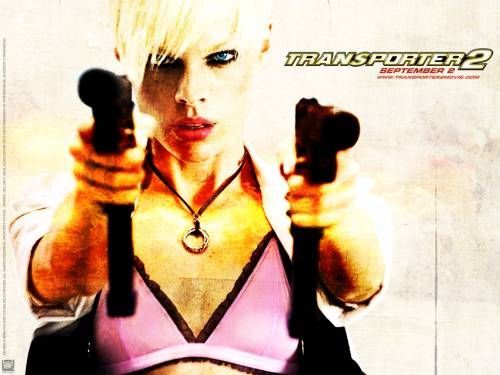 So yes the movie is pretty short. An hour and 10 minutes maybe. If you loved the first movie you will like the second installment. The transporter is back but this time he does little if any transporting. At the unset loyalists will notice that the car he's driving is an automatic Audi. What happened to the BMW or Mercedes that he was driving in the first film? The Audi is the first of a couple useless product placements including an ipod, hommer.

The main story isn't very deep but the action sequences should tie you over i.e. if you like fast, unbelievable and near impossible action. The action sequences (5) will not disappoint and probably are the only reason to go see the movie in the theater.

Basically, the movie is a virus-cure drama with a married love interest and a kid. The transporter spends a lot a time getting guns pointed at him but he is never shot. Expect to see a tall skinny blonde chick who gets to fire her guns ever so often. She is kinda like a mix between Tomb raider and Milla Jovavich from Resident Evil. She tries to be sexy but dies a rather sudden unspectacular death.

The final fight is as impossible as it is impractical. It ends and leaves you with nothing but the memory of the cool stunts. And at some point in the show the transporter meets up a on he a stereotypical rastafarian taxi cab driver with a jamaican flag covering the back seat. I give it a 7.5 out of 10. Need a transporter?

michael_halvorsen commented: jason statham is the shit. he needs to be in a lot more movies than he has been. i saw the movie on friday as well. the movie rocked minus the outrageous scenes. the movie would have been a lot better had they not made them so far fetched. i was very disappointed when the car he drives was an audi. audi's suck ass. i owned an audi. bmw's are by far the better choice. expecially for the transporter. i need a transporter. whats the package weigh? ... read 4 more

How to make a good movie

Good movies are R-rated. It is an unavoidable consequence. Ensure that you have a script for your movie and that you have read it and showed it to a couple strangers your pass on the street. It is preferred that the script for your movie be written by someone other than yourself and that it is not based entirely on a real life event aka a 'True Story'. Reality is boring and takes a really long time to unfold which is why movies based entirely on real life suck 90% of the time.

Select your actors. Ensure that they are not already insanely famous but preferably have never acted in a movie before. Using famous actors anywhere in your movie is lame. Unless of course you kill them within 1 minute of first appearance. It really does not matter who you choose as long as they understand that it is your movie and not a way to enhance their career. Make sure you train them in whatever they need to do in the movie, before you start shooting the movie. Watching old movies is not training.

Select your format, trilogies are pretty hot right now so you may want to write 3 movies but do not make it obvious that that is your plan. Avoid using Massive having a million nodes on screen does not make you movie "epic". Use computer generated graphics only when necessary and in limited amounts. The movie can be a love story, tragedy or a sci-fi action thriller - people will like it no matter how weird it is. Plus you can fix any mistakes you made in the first film when the second part of the trilogy is released. Do not be a afraid to destroy the world or have a sad or stupid ending. Be brave, push the limits, make jokes about my mother and the president's daughters.

Select your music. Music is essential to a good movie. Choose good, old, unpopular music. Do not enlist some hot new band to create a soundtrack for you movie - musicians know nothing about movies. Instrumentals are acceptable.

Finally go out and make your movie, no matter how crappy/voilent/antiseptic your girlfriend might think it is - she will be there with you at the award shows.

40 Things That Only Happen In Movies

JP commented: How do we get computer generated images? ... read 18 more

Movie Review: The day after tomorrow 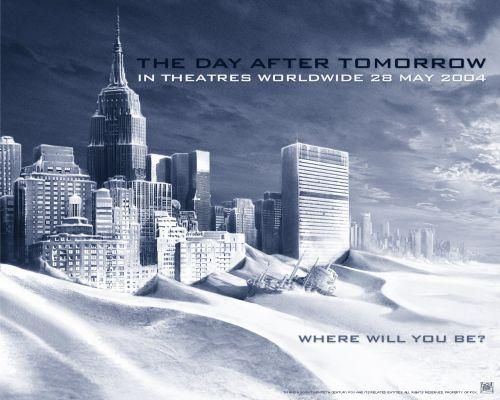 Average movie. 6 out of 10. Great graphics, bad story, bad ending, waste of time and good actors. Big screen special effects. Watch it only if you have already watched The core and Armageddon or better yet wait till it comes out on cable.

So I went out and watched the movie for the soul purpose of writing it here for you - the informed movie go-er to read.
The movie starts out pretty normal with a kind a The Core or Armageddon feel to it. Then a half an hour into the movie the lead actor decides that he is going to save his son who is in new york. While at the same time everybody else in the whole entire world (especially in north america) freezes to death. And that's the movie in a nutshell there is nothing else to it. No drilling to the center of the earth, flying into outer space, scientific mombo jumbo or a nuclear device of any kind.
The movie is a first grade science class, nothing is really solved in the end except the fact that all the stupid people in the whole die. Little conflicts develop, love tri-angles, sick boy, wild wolves and girl specks french with cut leg. There are 4 high points in the movie and great special effects including; rain, tornados, hail and stupidity. Definitely not worth the price of the movie ticket and probably not even the dvd.
But if you choose to walk from Washington dc to the new york city library in the snow, dragging your friend (who has passed out because of the cold) in order to save your son then your guess is as good as mine.

shade commented: mmm, i saw the advert on tv and realised it was just armageddon all over again ... read 7 more

I finally got the time to watch the movie on friday night. After hearing mixed reviews from people who had watched it before I came to my own conclusion. The movie was as bad as people made it out to be. In fact it did what it was supposed to do - end the matrix series thing.
Though the ending wasn't really anything to be impressed be amd lacking, the movie it self was worth watching. It had it's high points (such as the fight screen between neo and a smith which was totally immense) and lows auch as most of the dialogue.
Basically it was a movie by it's self, no 14 minute highway chase scene or rave party - it not a reload of reloaded. I'd safely say that it's even better than Reloaded. It might not have had as many fight scenes as reloaded but at least everybody had a purpose for what they were doing and nothing was too over done like in the previous installment of the series.
I kinda think of matrix reload/revolutions as one big 6 hour movie, with a very long intermission, rad special effects and a bad ending. I give it 4 stars. Could have been better but lets not get greedy.
I thought that whole burnt in the eye thing was really messed up still.

owen commented: The chick had to die sooner or later. ... read 5 more