my shirt has a cellphone

Hopefully I'll get some rest this time around. The tv commercials, music and newspaper ads have all gone red. I'm not planning on buying anything this month either - unless of course I'm suckered into it. This month makes little difference being that I'm not a regular gift giver.
I'm not buying myself anything either, I would have premeditatedly bought it already or have had no money to buy it now (or ever). I'm not going to watch any commercial media either . They seem to be mass brainwashing everybody into buying cellular telephones. Everybody has a cell phone nowadays. It's a status symbol, a right of passage. Five year old children have cellphones more expensive than mine.
I have a cell phone. It's old, a bit heavy, doesn't vibrate or make coffee but it works. I don't need a new one - stop calling me! The T160 looks cool but I'm not to buy it! No matter how much free talk time I'm going to get. The fact that I can't wear my cellphone around my neck or take fussy little pictures with it. Doesn't make it any less effective. Why does anybody need polyphonic ringtones anyway? Is there not a limit on how long a ring tone can be?
When your cellphone rings - ANSWER IT! Stop disturbing my space with your noise-maker. Your don't have to make your phone ring 3 times! Go, go go go shorty it's your birthday.
Then you have the other set of women collecting cellphones numbers! I saw this chick in the club and she had seven "kevin"s in her address book. I mean seven(7)! I think they are all in a competion to see how fast a person can full out the 250 number limit. I mean why ask for a guy's cellphone number if your not secretly selling it to strange poeple? And that's another thing - I'm not going to call you. Don't add my number to your phone, I don't want your boyfriend calling me late night asking me stupid questions. They should add a section beside each phone number with "Number of times called".

shade commented: i don't have a cellphone! i think i may be the last one of my species alive ... read 9 more

I hope this website doesn't affect my chances of becoming president. I would hate to wake up one day, run for president and then some punk tells everybody that I had a blog and a website with pornography. Do you think people like george bush, pj paternson and bill clinton just wake up one day and decide to be president? - No it took years of planning! To think my 15 minutes of fame gone, simply because I knew how to write a little HTML.
From the day they left high school, the plan was to be perfect, never to do anything illegal and to kill absolutely all your rivals. Being rich also adds to the mix. But anyway the point is if there are people out there planning to blackmail me with my own website; I'm planning on using the insanity plea. Or better yet if / when I get old and perfect, I'd like to think that I'll have enough money to pay every body who has ever visited my website to shut up ok?
So in the event that I run president in like 40 years from now, I'd like to think that you'd vote for me and not be a playa hater.

Mike commented: same goes for me...don't hate. Then again I can't see myself ever being the president. Or rich. ... read more 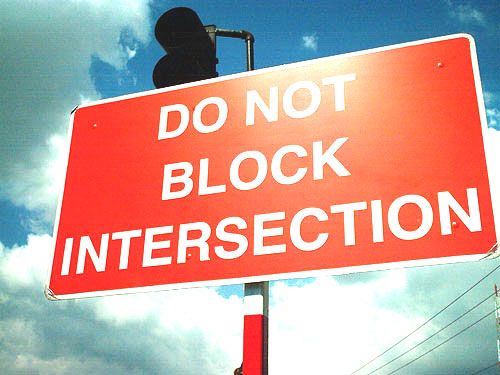 I often avoid being in a state of getting boredom. Usually I always find a way to kill time. Such is not the case at present. Idle time tends to make me usually paranoid and confused. More that usual idleness tends to occur on occasions when I have nothing important to do or project to complete. Readng doesn't help either, in fact it sucks.
I new to buy some stuff too, maybe a digital camera. After I song my organiser I have become increasingly disorganised, turpid even. I have been writing are code recently , which usually would have helped.
Being busy has it's own set backs but this is most definately not an ideal situation to be in, especially with the stuff that is happening in iraq. Although I can imagine that yesterday was exactly - well maybe basically the same as today, tommorrow and last week thursday. Except for last week I had far few blank entries in my log and no scratches on my integra.
An sorry, I won't be able to attend the LAN party on saturday because my Dell machine + 17" CRT monitor is far too heavy for me to be caring anywhere more than a few kilometers from my house. As much I would like to hang with the crew.

shade commented: i'm also thinking i might buy myself a digital camera can't you put your crt monitor in a car to transport it places? ... read 7 more

this morning as I left home. Late as usual, I saw a horse standing by the road. His right hind leg was broken. It must have happen only a few minutes earlier since blood was still spuing from the leg which was resting on the ground slightly.
It was just standing there, motionless. I had but a few seconds to look at it before the bus when pass it as usual. Nobody seemed to notice it. It must have been abandoned by it's human. Usually they walk the horses along the side of a road close to the racetrack. A horrible accident must have be fell the horse. I suspect that it will be dead by now and it's corpse wil still be lieing there by the side of the street when I get home tonight.
You might even wonder why I'm writing this tail that has beset me this morning. It's not like I've never seen it happen before and niether am I a heartless DRUNK MONKEY.
Probably I'll be able to thing up something useful to write tomorrow.

so I'm sitting in the bar/cafeteria right - with this girl.

now she's talking to about something and I sit there nodding my head as if I give a shit what she's talking about. But with nothing better do I start looking around in this room right - I don't know it was dark or I was dark, - well something was dark I couldn't see very well - it was probably very late this guy kept showing me his watch, with a look on his face as if he really needed to go to the bathroom or something.

Behind him were two girls, sitting with legs crossed, casual clothing, close fitting - drinks half finished.

I was about to move toward them when someone touched my hand, I stopped, focused and looked beside me - apparently there was this woman sitting beside me - talking to me about something I nodded my head in agreement - (what ever she said).

She seemed familiar to me maybe she was my girlfriend or something - I couldn't think - it was all a milky, dark haze.

I remember saying something and then found my self on the pavement out side the room / inside the room (it all seemed the same). At this point I stood - it didn't help I seemed closer to the ground than I had been before.

I lied there for a while, until I could see the road before me. I stood up and saw this girl coming out of the room. She seemed cool (or was appeared cool at that point) so I began mumbling some words to her - she had a foreign accent - you know the kind that you only see on cable.

Why did this have to happen to me now? Maybe I can lead her along until I have fully recovered my senses. This was not to happen for she soon got fed up with my intercourse and bountiful know of porn videos - which I never shared with anyone but was powerless to conceal. She slapped me in the face several times (or at less I think she did) and started to walk away I tried to walk behind her be she seemed to be very agile so I couldn't keep up with her. I tried to call out to her but she had flew away. I fell to the ground again it seemed as if my feet were bound.

I crawled toward the room maybe there I find out why I am here, in plaid shorts, smelly shirt, my pants at my ankles. I didn't get very far when the guy with the broken watch stopped me. I found myself on the pavement again - I looked over and saw this guy beside me - he seemed to be in the same predicament, he didn't know where he was either.

I couldn't stay here any longer, couldn't allow myself to be seen with such people (I had a reputation to uphold) anyway there was bound to be something important I was supposed to be doing - (if only I could remember it).

Maybe if closed my eyes I could - no a song kept playing over and over, pop music I think blocking my thoughts. I looked at my watch - probably left it at home. I didn't like it anyway.

I guess this weekend could have been worst.