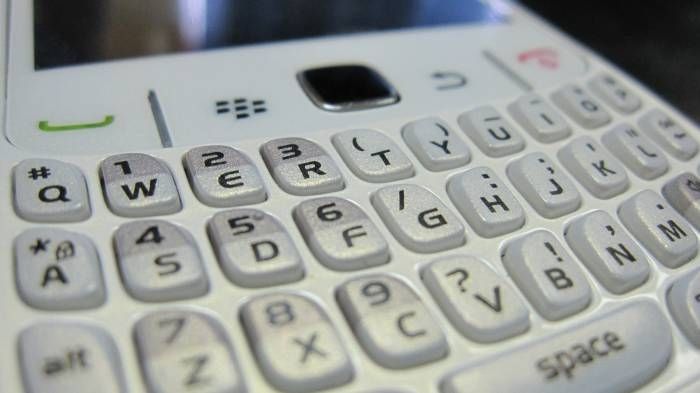 I'm looking for a smart phone but the BB has too much of a stigma behind it. It screams; "I'm just like every other elitist blackberry user", plus I hate the verdana font on a phone. I have nothing against BB users and their annoying tweets but I got a chance to use it during a meeting I had recently.

The tracking wheel has a kinda greasy feel to me and all the face buttons have little "give". The keyboard is ok, and I could get used to it but the phone still feels "locked in". Its seems to be more of a portable text messaging thing than a productivity device. You ever wonder why millions of people are tweeting nonsense on the internet? it is because there is nothing better to do on the phone but writing small paragraphs of nonsense.

From my previous cellphone, which I must note is a totally retarded Motorolla L6. Although my old phone does what it is suppose to do and is rediculously slim, there is no good way to export the data or do anything with it besides making calls, viewing small webpages and sending SMS text messages. Which was not a problem at the time but this time around when I'm spending (aka wasting) my money on a electronic device, I would rather get more out of my device than the regular, everyday trappings - I want it to rock my world. And also I want the data I put into the phone to last beyond the current iteration of the phone. I'm not entering all those birthdays into the calender again for the millionth time, only to have a new fangled device come out 2 days later which is incompatible with my old data. The data is either incompatible or "trapped" in the device for some strange reason.

Fast forward to today's new cellphones now allow you to connect to the "cloud" and upload all your data to Google or where ever. This is all well and good but the problem I have with this is that without a dataplan or persistent wifi connection you phone is basically useless. Not being connected to the cloud you are like a man trapped on a deserted island. I'd like to know that I can still use my phone if I'm not paying 30 USD a month for a data plan. I want a mini computer in my hand, not a slave terminal running gmail.

Back on topic though the BB seems to do what it does well, I can browse most text sites without much lag, use a limited list of applications and change the wallpaper and ringtone - thats pretty much it. Oh and add calender entries.