I think I might do commentary on my CD collection 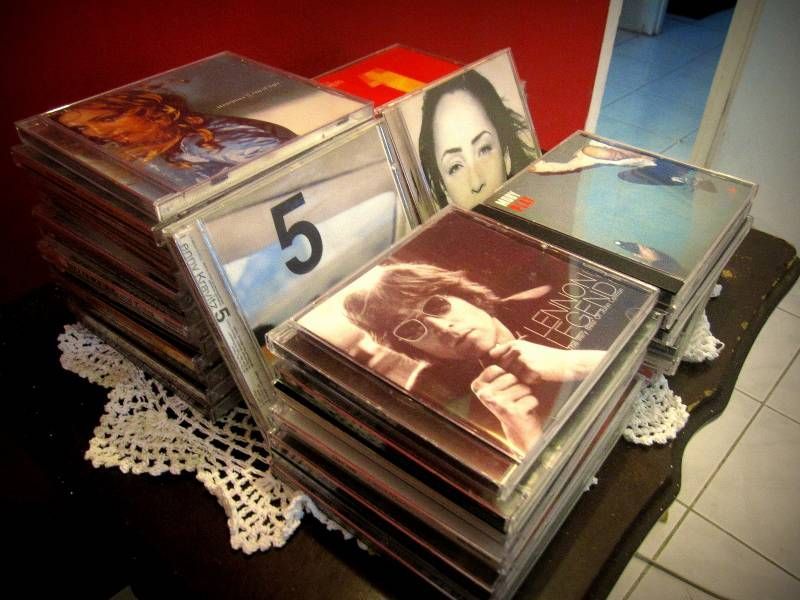 I feel that I should really write some reviews of the CDs in my small collection. Especially since its near impossible to find these to buy anywhere here in Jamaica anymore. I don't know, I still like to watch the disk spin in the tray. There is just something about a ordered list of songs instead of random chaos and stolen beats.

11 years of Bueaty and nonsense 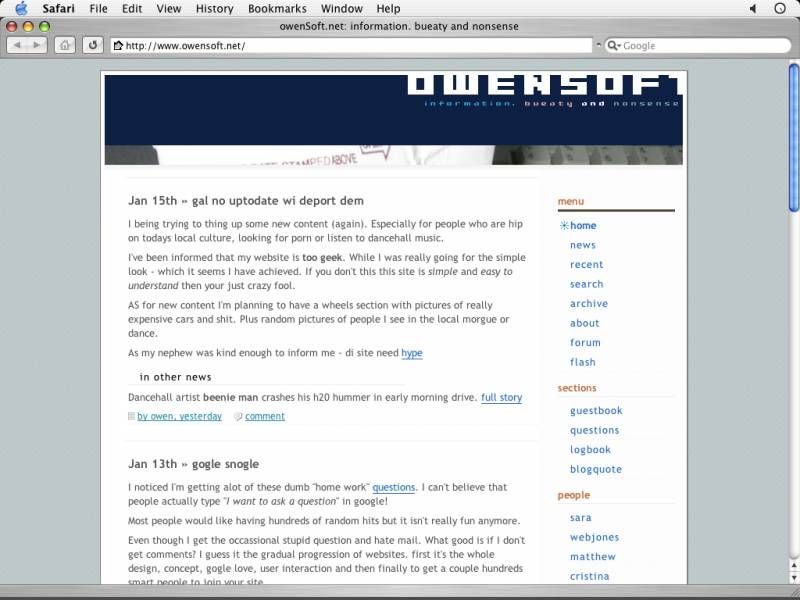 All that is old is new again 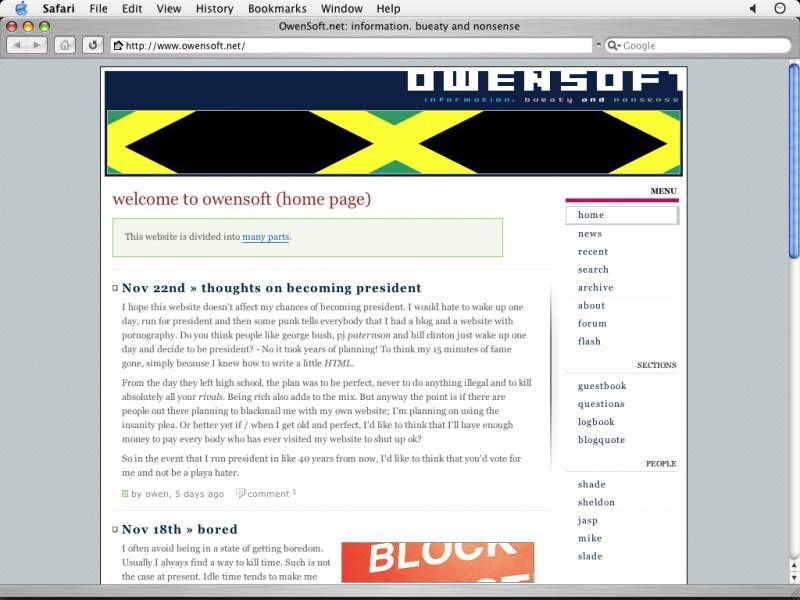 Here is a picture of this website from 2004. Its hard to imagine that so much time has passed. If this website was a child I would be sending them off to high school. 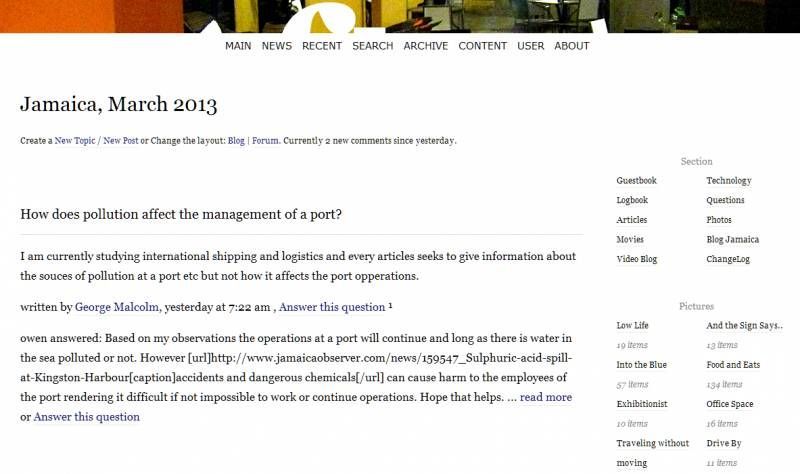 I have been procrastinating so far this year and bleeding money while being annoyed. However all is good now and hopefully will stay that way for the next couple of months. The Arrow of time. Anyway what have I been working on?

Firstly I totally redesigned the News Page. It now efficient collect news and stories from 40 different Jamaican, Caribbean blogs And BBC latin America. And some links can be added by hand by using the Post Link option at the top of the page. The news page can be consider as a large collect of links that I find interesting covering a wide range of topics including Crime And Politics, Photography, Opinion, Music And Dancehall, Art And Culture. You can let me know if there are any other interesting blogs that I should follow but note that I donot care for spammy blogs or people who just re-blog stuff they heard somewhere else.

Secondly I redesigned the blog, this time going for a plain white look and large easy to read text. The redesign is a work in progress, I am still tinkering with it.

I have been about the place, fixing up my old car, messing around with the css and not thinking about new things to write. I've been working on a asteroids game and Web content management system that is not free.

I finally added a new photo project called And the Sign Says... - go there and submit some pictures to be judged. Do not be shy, I will not judge you on your photo taking skills unless you have a really old camera phone - hate those with the fire of a thousand suns.

Ayo commented: Aweee cool! God luck with the game and system! Sounds pretty awesome! n thanks for the shout out :D ... read more