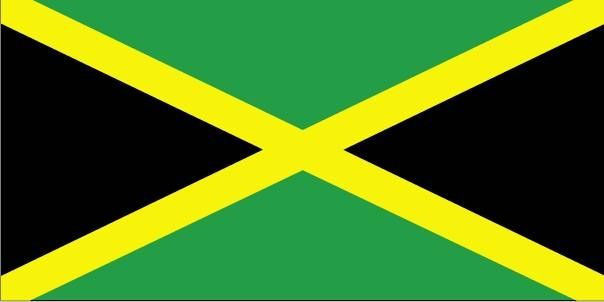 It has been a few weeks since my last article on Blackberrys - Why they are still cool but it seems that the circle jerk in the fandom is increasing to the point of blind optimism. So I have come back to provide some objectivity.

In this article, I will delve further in to the various social,cultural and economic reasons why (in my humble opinion) the smart phone race in Jamaica will be a long and boring battle. Full disclosure; I have recently bought a BB after years watching and analysing the cellphone market both locally and abroad. I should also say that the Dominican Republic has the best cellphone network in the region. Now, back to the article, I will run across stereotypes, cliches and general opinions based on my personal observations and educated guesses based on...well speculation.

Jamaicans will only spend their money on things that they cannot get for free, cheap or things that they think are valuable. The credit culture in the end it is all about practicality and a lower cost of ownership - it is not about being â€œcutting edgeâ€ or â€œtrendyâ€. Why would they spend a small fortune on a smart phone just so that they can download free apps? It is almost like buying a big plasma tv for the benefit of watching burnt DVDs.

The majority of the iphones and Android phones require post paid plans, long contracts, lots of cash up front or both. The Jamaican cellphone users are on Pre-Paid plans and withdraw their money in a $1000 dollars at a time from the ATM. It is not because there is not a better, faster or more efficient way - they are just fear varies forms of ENTRAPMENT. Two bills, a bank statement and down payment? Yeah sounds pretty affordable compared to AT&T. Phones get dropped, stolen, sold to pay for car insurance, and left in taxis, it happens everyday in Jamaica.

Not only are the local networks slow, but in some places you cannot even get dial-up speeds because the coverage is just not up to par - unless you happen tospend all your time in New Kingston or a major town. I hope to see the day when we can do some of the stuff we see in those phone ads on cable. But that day is not today or tomorrow, maybe in 3 years (sans apocalyse). Many people cannot afford (and probably do not know how to) to connect to WIFI to download their Apps because connecting to WIFI would mean that you are either paying for home internet+your cellphone bill or you are squatting on free WIFI for several hours of the day.

Jamaicans do not care about Apps

There are several reasons why phone â€œappsâ€ are not important; Firstly apps cost money ; free apps are usually bait for paid versions and Apps need to be purchased with credit cards from phone specific app stores. Thirdly, apps cannot be shared from phone to phone - which is not a problem for some but the layman may find it a bit strange. Finally, Apps provide services which compliment similar services provided on a computer, so until there is a proliferation of computer science education, most Jamaicans will have no reason to go searching around an App Market for a potentially useful app - unless its a app that prints money or a game. There are so many cheaper forms of entertainment in Jamaica which brings the argument back to cost and value. An app will have to be quite impressive in order to draw locals away from the local dancehall and stage show. It is nice and sunny in the tropics, BBM popular because its a means of communication not because it is a â€œappâ€.

Jamaicans it seems are not so interested in having smartphones, despite the competitive pricing arguments for Wireless 3G Data as noted in Ryanâ€™s Geezam blog article entitled â€œLIME, The iPhone 4 And The Death Of The Blackberryâ€, as the Blackberry is still king here. - Lindsworth.

Jamaicans like the things that they see their friends are using. Which are this point its the network that gives them the most freeness (see point 1), BBM and phones that offer them cool features out of the box. Added to this fact that the majority of Jamaicans are either poor or are pretending to be rich so they will spend their money on a phone(s) that they can afford or a phone they can save for without taking out a mortgage.

All touch screen phones are the same

To a Jamaican consumer, a cellphone falls into 4 categories: a budget phone, a RazR, a BlackBerry, or a touch screen phone. If you see one Android phone, you have seen them all, no matter how you choose to customize the home screen - its the same thing. Baring technical hardware details every android phone on the market is the same to the large majority of consumers. I once saw a sales representative try to explain to a middle aged woman that the phone she was looking at was in fact a Nokia and not a Iphone, it was hilarious, she was absolutely convinced that it was a iphone. There are also a few people who have a natural born â€œhatredâ€ for touch screen phones - I am not sure why. Not to mention the people with 2 left hands and greasy fingers.


When I say different, I mean physically different, not merely shifting widgets around their home screen. Different as in some people like flip phones, phones that are thin, phones that come in different colors, etc. Now compare this to the iphone or android which basically are all touch screen phones with slighly different screen sizes and processors which are mainly differentiated by the frequent hardware and software release updates. Back in the day we used to call these updates "service packs". You see now the problem with Android is that once you get it in your hand they all appear to be the same phone to the average user - its a speed race.

Now I have nothing against the Iphone, the fragmented Android OS, or the Windows Phone 7 which is defective by design. Before Steve Jobs bucked the trend, touchscreen phones where seen as impractical and unresponsive - now in the present day the marketing has positioned them â€œgod sent devicesâ€. Next they will be pushing touch pads and e-readers, and then later this year "Ultrabooks" will be the must have gadget for tech professionals who have disposable income.

Breaking into the Jamaican market is going to take more than just big screens and Apps. You will have to provide a diverse selection of phones that are cheap to own, offer data-plans which affordable to the common man while gradually improving the network infrastructure. Distributors should focus on low-end feature phones, instead of the high-end, high cost and complicated smart phones that you have to â€œsyncâ€.

There is always a new fad on the market, and with fads come lonely people looking for others to join their party. The masses may join eventually but some markets follow, while other markets pop dem own style and beat at a different drum.

p.s. JAMAICANS DO NOT SPEAK SPANISH AND IS NOT A PART OF LATIN AMERICA.