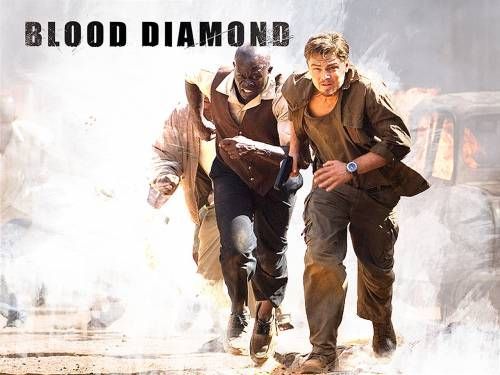 Blood Diamond is movie that follows the story of a deadly white diamond smuggler (from the titanic) and a clumsy african man (from the gladiator) who tries to save his family from the genocide that was/is happening in africa. The movie carries you along rather briskly while providing moments of nicely done graphic volience and random firing into crowds of people. The blackman is driven by a blind desire to regain something that he lost but luckily he teams up with the luckiest white smuggler in the world and the 2 set off to escape from one impossible situation after the other. Its ties in nicely with that other movie starring Nicolas Cage called "Lord Of War". That girl there has eyes to die for. Lots of running, shooting of defenceless people, some machete play, close calls, insight into world problems, great movie, crazy eyes, simple story 8.5 out of 10. Watched it on HBO.