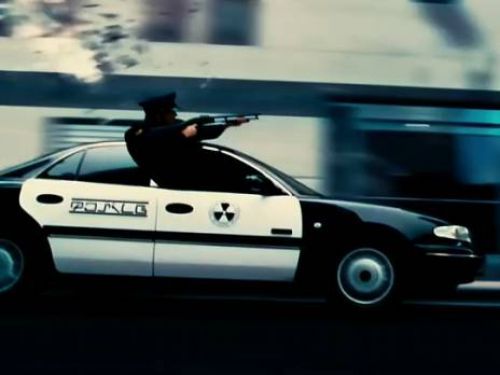 When I reviewed the trailer for Ultraviolet I thought that this was going to be the movie of the year. Really, I can't believe that it was possible to make a movie that sucks worst than Aeon Flux. But Ultra-Violet managed to do it in fine style. I blame it on poor character development. The movie started out quickly, so quickly I couldn't even tell if it had started or I was still the upcoming movies. At some point down into the movie your will learn that Milla is unnecessarily a vampire - a fact which adds this movie to my list of stupid vampire movies. The fact that she is a vampire is so insignificant that she might as well be a Jamaican. Poor character development. She kills a lot of silly people for silly reasons, nicely. I give it a 3 out of 10. The trailer for the movie is actually better than the movie itself.