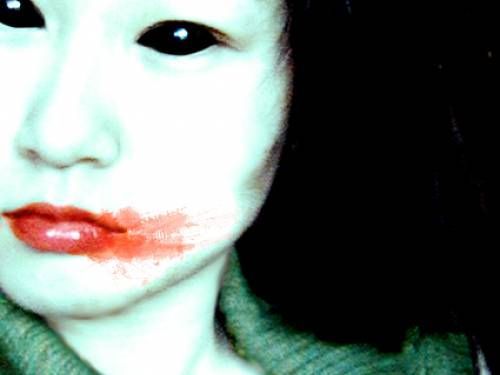 Image attributed to aletheuo. So anyway I watched Blade 3: Trinity, well all I can say is that it was not bad. However stupid but it still did not have the same effect on the whole "vampire movie" genre as the first blade movie. Remember the underground rave scene from blade 1? priceless. Its all about the blood, there is no need to be chasing anybody down any street or jumping from building to building unless your spiderman. The thing I hate most of all about the movie is that they did the same thing that Underworld 2 did in its last installment. Both movies and a couple others ( that I can't remember) managed to do the absolute worst thing you can do in a vampire movie. I mean if your making a vampire movie you know right off the bat that vampires hang out at night, they feed off blood and are descendant from the first vampire Dracula or whatever.

I would suggest that you try to avoiding killing the first vampire at all costs. Its been done, look at great movies such as American Werewolf in England or even Blade 1 - both good movies that didn't involve the total death of the vampire/werewolf race. If you want to seem original and unique - get an original story. I know your trying to make a "epic" movie but you've got to understand that when your movie is based on a pretty established piece of literature you shouldn't try to mess it up for all the other people. Its similar to making a Romeo and Juliet movie where the young love birds decide not to take the poison and instead get married - thats just not acceptable. Blade 3 gets a 6 out of 10.