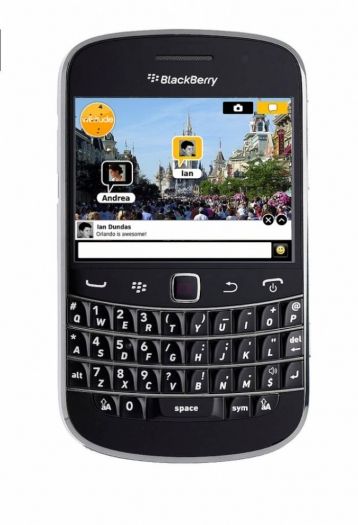 I have been seeing a lot of BB hate recently. Some people will have you think that blackberries are going the way of the dinosaurs but I am here to tell you the reason's why BB's are still rocking it high in Jamaica and parts of the Caribbean.

You can meet a hot girl on the beach or a party and pin her even though she is uptown and rocking a BB Touch 3 while you are rocking a Bold 1 - doesnâ€™t matter its all the same thing. I see some people rocking the old BBs with the little ball that spins in the middle and I'm like waaa? Some guy said he replaced his ball like 10 times but just loves his phone so much that he will never get any of the new ones. On the flip side Android/iphone users sell their phones every six months i.e. if the screen doesn't crack first.

Now let us be honest Jamaica probably has some of the slowest cellphone networks in Latin American ( sorry @gordonswaby the are never gonna call give us our own region ). I always watch television and see advertisements where lightning is falling from the sky and people are doing stuff so fast that they are doing them IN THE FUTURE. From my experience in reality, downloading anything on a cellphone in Jamaica is like Slow like honey. The BB often is able hide this and makes it a little more barable, plus it doesnâ€™t lock up or check the network too often to the point where you have to start turning things off.

Presently the blackberry phone plans cannot be beat, especially if you get the BB Social Plan it will save you some money for ONE EXTRA DRINK AT THE BAR. With the economy the way it is not many people can afford to dish out 3000 dollars a month to play Angry birds. I donot remember what the going rate is for data in jamaica but I think they charge PER MEGABYTE! Really? Until there is a cheaper way to download stuff over the network I donâ€™t see myself getting a Android phone.

As I said before there are some people in the BB world rocking some old phones - I am talking BBOS4 like there is no tommorow, yet they still work and are chatting like nobodyâ€™s business. Popular apps such as twitter and facebook still get regular updates every couple of months. This may be to RIM's downfall but you have to appreciate their ability to support older phones without making them slower.

Blackberry Phones are Cheap to Buy

No only the Data plans as mentioned before but the actual phone itself. I do not know about some people but I am not going to spend 600 USD on a phone when I could buy a laptop or a 30 INCH TV for the same cost - fts. Unless you like playing games on a small screen with bad touch controls, getting the latest most expensive cellphone is pointless and really most people do not have the money to dish out on things that cannot prevent AIDS. Although buying the phone directly from the cell companies is still ridiculously expensive it is easy to find on USED blackberry for sale and because it still gets updates its not that bad a compremise.

With a fixed monthly, weekly or daily BB prepaid plan you can pretty much rock BB around the clock except for that one week when the network went down for an entire week. Aside from that the BB network is pretty much always on, I donâ€™t have to stalk WIFI networks at local restaurants to get my twitter updates.

Seriously I see 13 years olds rocking more expensive BBs than even I am able to afford. Donâ€™t ask me what their hustle is but whatever, puss and dog no have the same luck. Point is no matter how big you hands or deep you purse the BB will usually keep working as long as you pop the battery every now and then plus keeping the ball clean.

If those points are not enough to convince you and you still want to play Angry Birds while you are driving down I95 then more power to you - just donâ€™t crash in to anybody. There is no point to having all phones being big glass touch screens! Touch screens are annoying and only good for scrolling and swiping. Diversification in the phone market is the only way for it to survive. Having 50 types of Android phones is not going to make it any more attractive than the expensive iPhone. And lets not even mention WindowsPhone which has a fixed screen size and aspect ratio - U MAd Bro? Face it Steve Jobs have you guys beat and no matter how many new Android phones come out people will still think you are using a iphone. The Blackberry is what it is because it has a dependable, boring and simple.

Most people I see saying that bb is dead are people using androids and want more locals to join their party - its not going to happen - people want buttons. The 9900 maybe a faster curve with a touch screen and drains battery but its still a bb. Once the bb becomes an android phone it will lose all the things that make it unique. I don't understand why people can't see that.

Related Article: SmartPhone Race Jamaica - Why so many Blackberries?