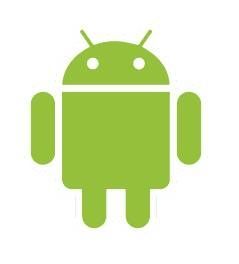 Standing on the outside looking in at all this mess. I have been looking for a new phone for about 4 months now, thinking about getting a android smartphone BUT all I keep hearing is Android users asking for updates. Some even refering to a 3 month old phone as a loaf of day old bread; "The Droid runs Android 2.0.1; the Nexus One packs Android 2.1 and some custom Google tweaks. And the difference is more than a minor technical matter."

The problem seems to be the fact that EVERY android phone released uses the version number as a selling point. Nexus 2.1, Droid 2.0 and you can bet that 2.2 will not come out unless there is a feature phone behind it. This is should not be the case.

What this causes is that it ties the hardware updates to the software updates. Android 1.6 users may NEVER get any updates. Who knows if the changes between the versions are silly "surface changes" or "kernel changes". I think the nexus one added animated wallpapers. Was that a kernel change? I don't see why wallpapers would require you to jump a version number.

Customers now can only relate to Android via the numbers and I don't see that changing anytime soon. Google needs to find a way to somehow separate the updates so that they work easily on all platforms depending on how deep the change is. What I have to jail break the android phone too? :o I thought open source was supposed to avoid this. When I buy hardware, I'm investing my money into something I plan to update until it breaks.

A far bigger problem is that many of these Android skins are proprietary, as are practically all Android applications. This is a serious threat, in my view, because we risk being so dazzled by the shiny toys that Android manufacturers are unveiling that we fail to notice the fact that, although they may be built on a Linux foundation, practically everything that matters to the user is closed source. - The upgrade effect

If my phone is old, don't update my core Android (phone specific) functionally but send me the fluff animated wallpaper code and the new apps (I'm sure that AT&T doesn't mind me downloading new apps). Keeps the fluff separate from the primary stuff that the phone needs to run. Hopefully that the app developers are aware of the screen resolutions of the running device and can change their applications dynamically. If not Android is going to be an annoying pain in the ass for the sensible nerds among us.