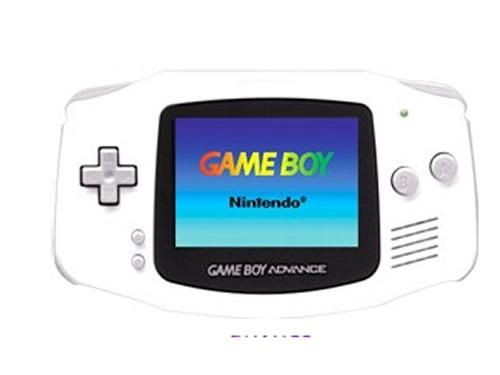 I got my hands on a GameBoyAdvance with "Super MarioKart : Super Curcuit" game a few minutes ago and what can I say? is it better than the gameboy in everyway? yes. Is it as pretty and more powerful than a supernes? yes. will it replace the supernes? NO. Two buttons just don't cut it man (slang for work well). This is more for the casual gamer on the bus or in an important meeting. Something to bide your time until your reach a television. 5:09 PM 12/27/2002
It's slick, it lasts a good while on the batteries, has better graphics than a supernes (with the little animations and floating menus). Feels like a supernes but for me it will just never be anything more than an annoying, expensive toy - advanced! I don't know if nintendo missed out on the not so known fact that the amount of buttons on the controller inheritently controls how complex the games can be (better games for all).
Nes, supernes, playstation, n64 all have attempted to out-button the the fore-fathers creating more interesting, complex and simpler games all at the same increasing the brain size of the game population (not to mentions the computer which is the mother of all game consoles).

So there I am with "super mario cart" on the GBA(game boy advance) took a while to get a hang of it (15 mins) but it's basically the same thing on the snes (with better graphic). Use the left shoulder button to fire weapons (uncomfortable because my fingers where too long, so don't expect any extented amount of left and right banking from anyone). RIght shoulder button jumps, A for gas and B for brakes - that's it! I have just summed up the GBA for you, there's nothing else to say. Don't go out and buy it because you miss you supernes because it won't replace it - there are just too few buttons. I just don't see how you can play (or make) any game on this thing besides super mario bros. All I have left to see is how the port/transfer a 4 button game onto a 2 button game. I imagine myself now throwing bombs with my sword button while flying through the air with the left and right shoulder buttons.
Yes this is by no means a supernes - though it my have better graphix and may be fresh with remixed versions of old games don't expect to enjoy the games as you did on the snes. Expect to spend most of your time playing (and buying) stupid, scaled down versions of your favourite games. Games which have about as much depth as a 3 1/2" diskette with bad sectors. An expensive toy for 5 year olds who haven't yet learned how to use a mouse. Yes it will be fun for about an hour after you get a new game but don't expect anything more than that - no final fantasy epics, no starfox, no earthbond, no sims advance willever be able to satisfy the needs of the advanced or even the semi-advanced gamer. No 8 year old playing counter-strike in a local net cafe will ever buy this with his own money much less a gamer. Yeah it will make the bus rides easier to bare, be nice to have but it's NOT a snes maybe a nes or memory card with button. My suggestion buy a palm-pilot and wait until you get home. 5:49 PM 12/27/2002.

Finished the mario kart game in 2 hours on the easiest level (I still haven't finished the snes version but that's another story entiled "The main purpose of SNES games : to separate the weak from the strong" which I will write some other time). It had the standard options as the n64 verion: the GP, the Time trial and the Single race and so on and so forth - got the secret levels which weren't anything different (apart from the rainbow track which should have been in the default game). BowserLevel4 which basically looks and feels the same as 1, 2, and 3. The character which now have stats (bowser is now slow, and heavy), a random select option (which when you have only 8 characters seems to be there just to hold the space left empty in the center). Yes if you have already bought a gb you should upgrade it's worth it (don't play it in the dark because it's even hard to see it than the old gbs, expect to not be able to play it when it's even the least bit dark).

I give it a 7, it world have gotten a 8 if it had 4 buttons. 9 if it had 4 shoulder buttons like a playstation which it will have eventually. No extra joy sticks required. I give it a good rating because it does what it's suppose to do and it does it very well I'm just pizzed at nintendo for letting me down.