Now don't get me wrong, I too hope that one day in the future we could all be programmers and write mobile apps or release a rap CD - sell a million. But the "real world" faces many more problems than what may be apparent if you live entirely on the internet. You might even think that teaching software development to children in high school is going to prepare them for the so called "technology based" future where everybody is using smartphones and tablets and playing angry birds all day with monthly data subscriptions. Well I am sorry to say that that future is never going to happen. Its all retch and no vomit. Its like saying we are all going to be track athletes.

The Problem with our education System

Today in this day and age we are still unable to get 100% passes in Math and English. We can't even guarantee that half the students in a class will be able to learn the things that we teach them to a level in which they can skillfully use the knowledge and teach others. There are many cracks in the wall. Most students will only grasp some of the topics and others will not even make it pass the basics. This is a problem. Until the education is system is set up in a way which does not allow students to fall through the cracks - adding "tech" stress into their lives is not going to help them now or in the future - whatever it may be; programming, sugar cane, coal mining, working in hotels.

Recently Jamaica's Minister of Technology said it will be distributing thousands of tablet computers to students so as to encourage our male students to catch up to our female students by putting what is essentially a "glorified toy" in front of them. Let them teach themselves. At least the books will be cheaper - but how will they learn to turn the pages? All this in a time when teachers cannot find work and are being told to find careers overseas. I would not be surprised if they fire half the teachers and let the tablets teach the students. It all comes down to the money, the money rules us all. Lets buy things online, play online multiplayer games, lets stay home all day and live online.

The education system is already facing enormous budget constraints, there are not enough class rooms, not enough teachers, books are too expensive and parents are not spending enough time with their kids at home. So the blame cannot be placed entirely on teachers. Teacher's colleges are still open and profiting but their are no jobs for the Teachers they produce - I don't think they care really. The last student from a teachers college I personally spoke to said that he was only doing it because it was just a stepping stone to get a degree. Why could he not do the things he likes doing instead? Solving the problems that he wants to solve?

The education system needs to diversify its focus, stop trying to teach everybody mathematics and accounts and physics. Try to determine what each individual student is good at and encourage them to excel at that field. Of course this is going to require more money and more courses and confusion but in the end we will be a better people. Education and agriculture is the future. Funneling everybody into Software Development is not going to solve the world's food crisis or develop new forms of energy. There are such a thing as bullshit jobs verse jobs which are a benefit to a great number of people and unfortunately these people are paid the least amount of money. Firemen, mechanics, teachers, security guards, poets, garbage collecters are incredibly useful people and some of them enjoy the work they do but probably would rather be doing something else. Teaching everybody to program in ObjC so that they can all buy iphones made in china is not a future that benefits anybody. We need to give people the opportunity to do things they like so they can be happy. Not everybody wants to work at google. 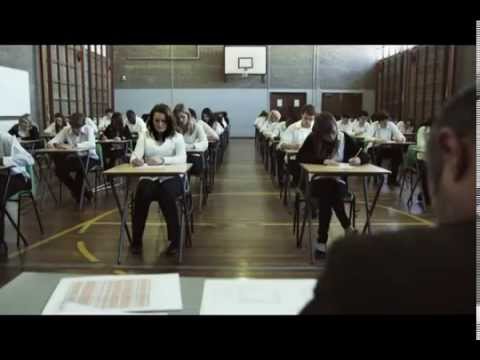