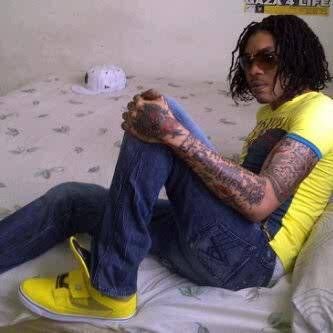 This is a response to The Shebadarization of Kartel by constructedthoughts. I will start addressing some points from his article then I will go off on a mad rant which has nothing to do with his article but more about Jamaica society in general. Anyway here goes;

Whether or not the commenter; Jack Andrews is a Kartel supporter does not make his point any less correct. Elephant man had his hair in a twist from ages ago, even had it "coloured" and it did not bring forth the Armageddon.

Shebada is a highly "respected"-ish and well paid actor that portrays a broad section of Jamaica's culture. Using his stage name in a derogatory manner only highlights your disconnection from that part of Jamaica's culture and likewise the people who he represents.

Pundits tend to draw for the "I'm not very familiar with dancehall but..." card which is fine but only paints a picture of ignorance rather than constructive opinion. Constructive opinion warrants an understanding of the subject matter. If you do not listen Dancehall then what do you listen to, how does Dancehall affect you if you manage to escape it death grip? If your entire argument comes from Dr. Hopeâ€™s 2006 book (PDF) then you need to read some more books.

Now your opinion is all well and good, I'm not sure if Kartel's latest attempt to bring forth the Armageddon will work. I thought sorely the bleaching fiasco and the daggering would have most have definately done it. But I guess the will of the Jamaican people is strong enough to resist one man's influence, even if we cannot resist the influence and oppression of our political parties and the "Gangs of Jamaica House".

I have said it before if Kartel has as much influence than you say he has then why don't we use him to stop the murders in our country and help our economy grow to the heights it truly deserves? Why not make him president? Why not him mayor of the Gaza? Of course none of these things will happen because the span of influence that Kartel has is only as much as the Jamaica people will allow him to have. The Jamaican people are not babies, sheep maybe, but not everybody lives on the same farm. We are all sheep, slaves to different masters. Despite what you may think the large majority of Jamaicans listen Dancehall music, sweep the roads early in the mornings and work for minimum wage so that they can buy hot clothes and hair extensions and eye liner and tight jeans. I am not going to look down on anybody because they cannot get a 9 to 5 job at a Jucci Beef. It is no longer acceptable to delegate the poor people of Jamaicans to a lower class of sheep. People who as you would say are "ghetto and loose and sketels". Is being uneducated or without a high school diploma make you any less Jamaican or any less capable of being a active part of Jamaican society?

Internet access and BB service is a luxury - not a birthright. They are many people in Jamaica society who can live well off for a whole week with nothing but the money you waste on these luxuries of the 21st century.

Of course anybody can sit on a high seat and critizise anything - its human nature. At this very moment I am sitting in mine, ranting like a mofo. I am sure some good will come from it, but criticism should come with a goal. Before you speak, know the goals: What problem is the work trying to solve? Is it that you want to rid Jamaica of everybody that wears tight pants? Drives around in 92 Toyota Corollas? Fags and Gays? Batty man? I have yet to understand what the final goal of all the attention that is aimed towards Kartel is suppose to produce. Train your child up it the way you want he/she to grow. Kartel is not a teacher, lol, he has just as much influence on your children and society as you do. But I guess most people would rather point fingers. Maybe Kartel is the problem with Dancehall? Or is Dancehall itself the problem?

Jamaica's motto is "out of many one people", though I'm not sure that still is the case because alongside the ghetto people, the uptown people, the tight pants people, the white people, there lives the passive aggressive people who live only to target the obvious of things without proposing any real solutions to any of the problems Jamaica faces today. OH NO SUICIDES HAVE GONE UP! LETS START A SUICIDE HOTLINE FOR OUR KIDDES. Per adults call in the dam line! Mass serial-love-triangle murder-suicide killings by Policemen. I told my mother that its only in the water in Manchester so she does not have to worry. I'm sure the NWC is looking into the issue. The truth is, the times are getting hard and harder for people and we need to band together and look after our neighbours and MAKE SURE THEY ARE ALRIGHT. And when I say neighbours I mean YOUR LITERAL NEIGHBOURS. Don't leave your yard and go preach to the hedonists in Half-way-tree when you sister is dating a married man or your father is not filing his tax returns while under paying his employees and over charging his customers so that he can afford his expensive S-Class Benz that he drives around by himself everyday. Jamaica is going to hell but not all of us are dammed, the young will rise again and when we look at them we will hate them for their youth. Why? Because a so it go, life is a bitch.

Anyway don't condemn people because they dress a certain way or work in Burger King or are rocking a old school BB 8300, all of us do not have the same opportunities and some of us are just dam lazy, especially the dam big grown ass man dem that wipe car wind-sheilds at intersections - annoying bastards.