There is something here;

She says: hey u busy
I say: deya
She says: wat a gwaan
I say: deya, trying to get some stuff finished before I leave
She says: k
I say: so whats up
I say: no gym today?
I say: check out link to casio.com/ products/ Timepiece / Pathfinder
I say: sorry wrong window
She says: wats this
I say: sorry wrong window
I say: its a casio watch
I say: obviously
She says: y would u send a casino watch 2 me u hear i gamble
I say: ok
I say: so ah whats up
I say: I'm going to post this on a website.
She says: broken hearted cant tell if someone is using me or not
She says: i need some advise from u been dats u r a guy too

But the watch is cool though, look at the features!!

What is caribbean music

So with the unset of a new "caribbean music" cable channel I instantly noticed something odd. It seems to be pushing this thing they call "caribbean music". The first time I heard this connotation I wondered what in the world is the "caribbean music" of which they speak of? Because I listen a-lot of music. And by "a-lot" I am not referring to the radio, music videos or stuff that people consider as "popular". And one thing I have learn is that music isn't just a sequence of notes, some lyrics and instruments on a beat. It is a form of expression, a conversation, a culture of a people and a part of history itself. No matter how annoying it sounds.

Now back to this "caribbean music" thing. It appears to me that what they are inadvertently trying to do is create a new genre. A genre in which they can cluster all that is original and diverse about the Caribbean ( possibly south america ) into a single, neat and manageable form. I don't know, maybe I'm the only person that noticed this but I see this as a negative rather than a plus for the musicians. As far as I see it once they have this "caribbean music" thing established, your going to start having the "caribbean music" awards in which Soca, Dancehall, Samba and Reggaton are all going to be sub-secs of something called "caribbean music". As if they are not genre in themselves.

As I'm typing my computer's New Oxford American Dictionary highlighted the words "Soca" and "Dancehall" as incorrectly spelled. It suggests that Dancehall is actually Dance-hall. I hate when it does that. Right now this document is littered with red underlines. Hasn't Soca and Dancehall music been around for like 15 years now? Or maybe we are still trapped in the closet. Either way this "caribbean music" thing that I see them selling really doesn't seem quite right. I watch the channel and most of the time they are either playing Reggaeton, or Dancehall music. Every now an again they will drop in some Old Reggae, Dub, Rap, HipHop and Latin music which I can't classify yet. I don't even know where this station is maybe it operates from an island in the middle of the caribbean ocean. Either way I would prefer they keep it as "music of the caribbean" rather than "caribbean music".

tristan commented: Damien Marley has been being played a lot lately on Triple J here in Asutralia. ... read 228 more 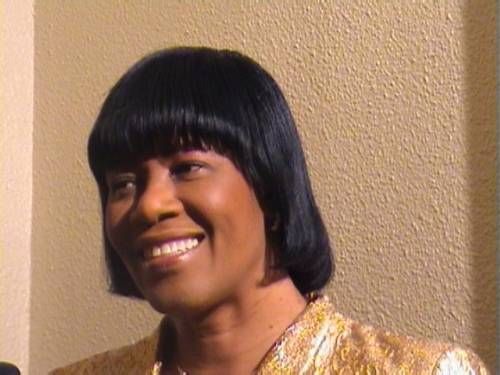 I hung out with the wrong type of girls in high school. Sometime last week a police arrested some girls from a certain suspected Kingston based all-girls high school who allegedly where having sex on a bus. Reports are unclear to what seems to be either a regular occurrence or an urban myth. But even urban myths have some truth behind them, even if the truth is extremely complex and difficult to follow. Maybe I just hang around the wrong high school. The television report showed the girls with their faces hidden to protect the identity of what seems to be 2 or 3 minors either in 2nd or 3rd form (the local high school grade structure 5 years//forms). This could all be a mis-understanding and old people trying to prove yet another urban myth, victimizing the young girls whom might have been in the wrong place at the wrong time, on the wrong bus. There is a even a popular Vybes Kartel Song "School Bus" based around similar events. Dance-hall artists will sing about anything these days but it doesn't mean its not true.

FOR YEARS SCHOOLS ISLANDWIDE HAVE BEEN PLAGUED WITH THE PROBLEM OF PUPILS BEHAVING IN A LEWD MANNER, IN SOME CASES ENGAGING IN SEXUAL ACTIVITIES ON PUBLIC TRANSPORT. AS DARA SMITH REPORTS, THE AUTHORITIES WHO HAVE BEEN PAYING SERIOUS ATTENTION TO THIS ISSUE, STEPPED UP THEIR DRIVE AND YESTERDAY ARRESTED TWO GIRLS UNDER THE JUVENILE ACT. MEANWHILE, THE TRANSPORT AUTHORITY SAYS THE OPERATIONS WHICH ARE CARRIED OUT WITH THE ASSISTANCE OF THE POLICE WILL BE ONGOING. IN INSTANCES WHERE BUSES HAVE BEEN IDENTIFIED WITH DARK TINTS AND LOUD SOUND SYSTEMS, THE AUTHORITIES SAY THE OWNERS HAVE BEEN INSTRUCTED TO REMOVE THEM.

As with anything else in Jamaica in order to find out anything you have to go to the source (or someone close enough to feel the heat of the fire as it burns). Luckily enough for me, being as aloof as I am, I happened to be in the right place at the right time, making no progress with the girl, her much younger sister came from the alleged school. According to her, the reports where all circumstantial and that the girls were not even involved in anything lewd, they (the people) are just seeking to tear down the reputation of her beloved school. She then went into tears (not really) over the fact that every where she goes people exclaim that "a da school dey de girl dem come from". Well whatever happens its going to be an unusual weekend for the those involved. It will probably blow over by tuesday morning, like pretty much everything else.

Clarendon College mourns tragic loss of a female student was hit by a car and killed as she crossed the road in front of the high school.

shay commented: i think that even though we hear our artist sing about sexually related issues it does not give a school girl thr RIGHT to go on a bus, under a treeor even worst a gutter atv school to have sex. what about INTEGRITY doesn't that exist in among our young people any more, come on we need to do better people. ... read 10 more

Only 113 dead in January

Its been raining on and off for the past couple of days which is good. It is either a sign of the start of an early hurricane season or that it somewhere needs to get flooded. Probably. Only 113 people kill since January, a 23 % reduction according to the gleaner. With the rise in kidnappings it sorta feels like I'm living in Columbia. Busy signal has a new website. The Air Jamaica Jazz festival come and gone. I still don't have a new camera so no new pictures from my vantage point.

I've been watching bmobile singles for the past couple of weeks as well. No, I don't vote. I should have entered that competition but you dun know. They should I totally gone with a less uptown girl still. I don't want to sound racist by saying "more jamaican" but what the heck I said it already. The chick reeks of privilege. How you get the cards a so you have to play them. She cool even if her last name isn't "real ghetto slam". She plays her cards well. As far as see it Jamaica needs more reality TV. Everybody loves to watch other people in the hope that they will do something really silly. Its called entertainment.

They've been clamping down on bad cops over the last 6 months. Really its going to be pretty hard to pay off any policemen especially when it comes to traffic violations. They also have increased the amount of money NHT lends on mortgages, only god knows why. Nothing happens without a reason in this country.

michael_halvorsen commented: i hope you are banging mad bitches. if i was jamaican, i'd be banging tons of bitches. so get on top of that, and on top of 'dem bitches. ... read 5 more