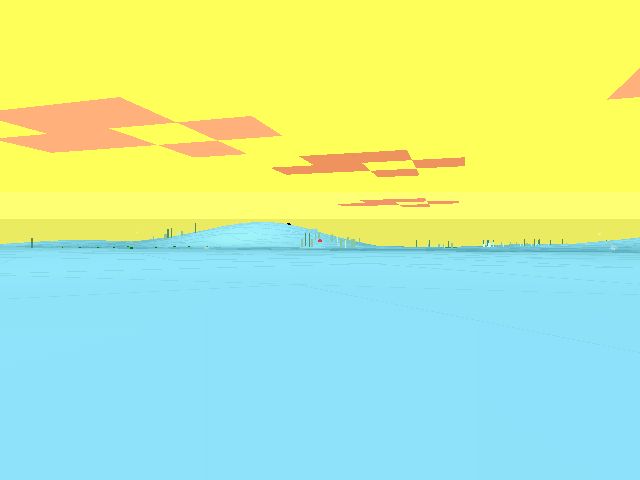 As I mentioned before, social media has become a big discussion trap. People are walking around like headless chickens with no sense of direction - beholden to the whim of whatever random meme that springs up in front of their tiny screens so they can seem more interesting than they actually are by regurgitating talking points handed to them on a daily basis. People have become slaves to manufactured opinions. Women and children seem to be more addicted due to the constant visual stimulation.

One might ask, in a world where social media is both the ying and the yang, how does one make the best of the time spent even while swimming in a sea of nonsense? You can always go offline and live in a cave. But that might not be an option.
If you want to maximize the productive use of your time on social media then here are some tips I have compiled from my many years of social media experience and annoyance. You have to thin some things down, block a few people not everyone just a few key demographics.

1 - Turn off All Notifications

The first and most important task is to ensure that you always have control of your time. facebag sends you a email if you do not check in every 5 days at least. Turn off or unsubscribe from the cellphone alerts, emails and texts messages. You'll feel more relieved and happier, not having to see every update from how better other people's lives seem in comparison to your own. Unsubscribe from everything unimportant. Even if it only just shows up periodically, get rid of it.

No use lurking and following a page if you are no longer interested in the content. Save yourself the time of scrolling past their posts if you never comment or read the links. 100 groups/pages with the 99 unread notification alerts blinking in bright red is a chain holding you back. facebag now has the option of Snoozing a group/page for 30 days. Or you could choose to "Hide All from" by clicking the 3 dots at the corner of the post. Your best bet is to completely leave the group/page because in 30 days it will pop back up again and proceed to waste more of your time.

Social media has the tendency to create monsters. Monsters make lots of money. You might follow a neat channel but then it gets popular and it stops being what it used to be. Just let go. Sometimes popularity destroys quality. If you favorite blog starts promoting cars then it might be time to unsubscribe, unless you have an interest in cars.

3 - Block the source of the nonsense, rather than people

Remember how facebag use to be before it started to encourage over-sharing? You might be tempted to block someone you have known for years because they like Trump or Climate change or Flat Earth. But do you really want to block them because of their opinions? facebags new option allows you to "hide all from" certain groups, websites and pages. This is good because most people just repost stuff they see on other websites. Instead of un-following real people in your friend list, just unfollow the stupid websites that they read and share. The power to block every single post from CNN is wonderfully freeing. Do it. Click the 3 dots at the top right of the posts.

Of course there are people you do not follow but you see their ads all the time. You are not going to buy a Porshe in the near future so why are you wasting time watching their adverts now? On twitter or instagram, if you see a advertisement one too many times just go to the advertiser's page and block them. This ensures that you never see them again - EVER. Blocking temptations is the best way to free yourself from mental slavery.

5 - Turn off Retweets and Mute Buzzwords

Twitter has a feature which allows you to turn off the retweets from a person you follow. Sometimes you follow someone because they create awesome art or podcasts but in their off peak hours they tend to flood thier timelines with nonsense that they are compelled to repost/retweet. This new feature allows you to keep their stream quiet except for when they have an original thought. I am sorry I had to turn off your retweets because they are constantly trash compared to your own stuff which is extremely good.

Twitter also allows you to mute specific words. Use it. I muted the word "trump" but some people have started to called him 45. I will block you with a quickness if I see you trying to subvert my mute filter. The sooner you filter your list down the sooner you can start to work on yourself.

Instagram shows the same popular content from frequent posters almost every time you browse the explorer page. Ad revenue goes up when they post and hence you see the same people all the time. Solution: block them. If you have seen a picture of the same girl at a same party 3 years in a row then you are retreading old ground. Stop reading the same stuff over and over. There are other cool people in the world who are more interesting. Watching other people's kids grow up is a waste of your time.

Sometimes you follow random people because they drop a nice comment or they liked a couple of your pictures but eventually they will get on your nerves and start posting advertisements that you have previously blocked. At which point do you know its time to unfollow them. Even if they only do something annoying once or twice in a month you should unfollow them because they might be on a timer and will be wasting your time little by little over the next several years. The are flesh bots.

Sometimes commenting on something causes an instant reply from someone else who is seemingly online 24 hours a day. You have better things to do ( and if you don't then find something better to do). And even after you waste the time and brain space to comment you end up worrying about who you are going to offend with your opinion. So why comment on anything at all? Do not allow people to put you in these situations. I wrote a whole separate article on discussion traps. Recognize these traps and avoid them. These people mean you no good.

Hashtags and the explore page on IG have been around forever and the common misconception is that it is helping you to find things that you might be interested in seeing but it is mostly a flood wall of distraction. For every 10 things you see, probably 1 will be cool and interesting but you keep scrolling down in the hopes that something new will pot up - this is a waste of your time. Simply avoid looking at the explore page or following any kind of generated content that is unpredictable.

In summary get rid of notifications, groups, pages and companies with big marketing budgets. I am not even going to mention messaging apps. Don't be afraid that you will miss out on something important. Block the dumb websites that your friends read and turn off retweets. If something is important they would have sent it to you directly or call you on the phone. You want to free your mind space so you can direct it towards things such as improving yourself or finishing that project you have been putting off for years. No one can free your mind but yourself. Give yourself a chance to pick up a new hobby.