I finally finished the last license test in GT4 on the playstation 2. It only took me 4 years of on-and-off playing to get it done. It was truly a dawning task most likely because I am not very good at the game. There is alot to do in the game. Driving the Nuremberg Ring in a sub 7 minute run without running off the road at all is a test of patience and memorization.

Gran Turismo 4 was released in 2004 and I am just now finishing it in 2017 but at least I don't have to deal with loot boxes and updates like the games that are being released nowadays.

I mostly play the GT games for the license tests because collecting cars is pretty pointless. A lot of the cars are filler/padding for a boring racing game. The license tests give me a confined goal in a reasonable time unlike games nowadays that want you to sit there are play forever like you have nothing better to do than waste your life.

Next I am moving on to Metal Gear Solid 3: Snake eater. This is my first metal gear game ans it seems like the guy wanted to make movies but instead got stuck with making games. 3 hours into the game and I watched about 2:30 minutes of video. I am not sure how long I am going to be able to stick with this madness. I still have to get back to Persona 4 (a much better game so far). 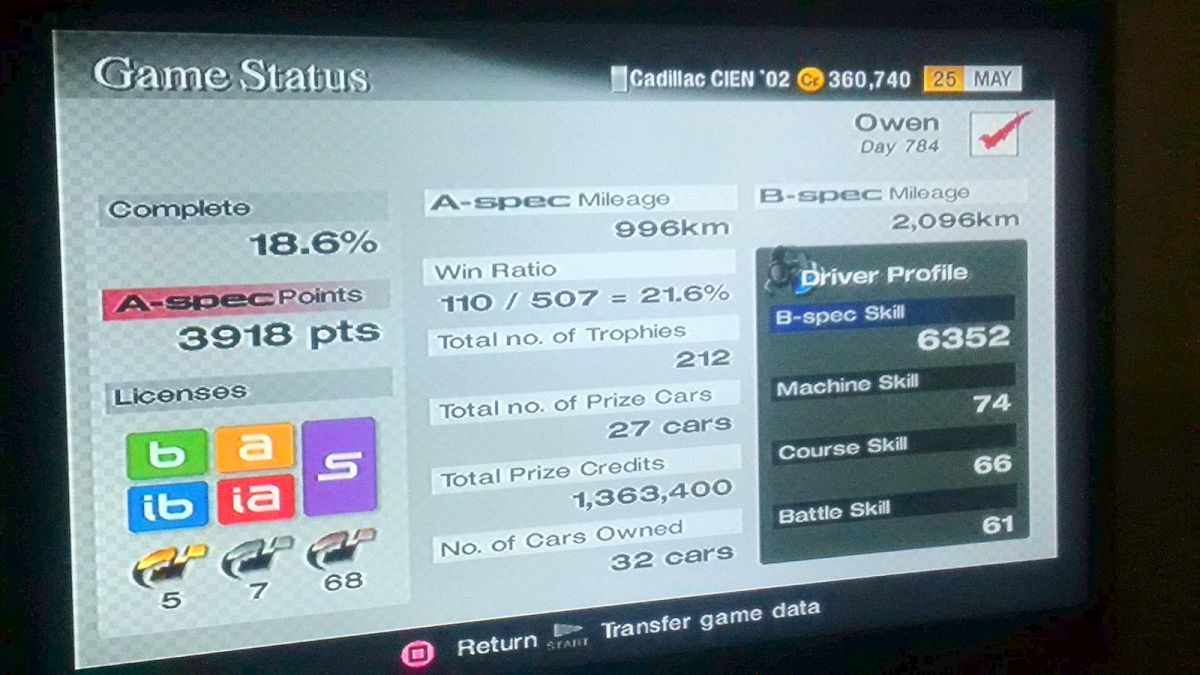