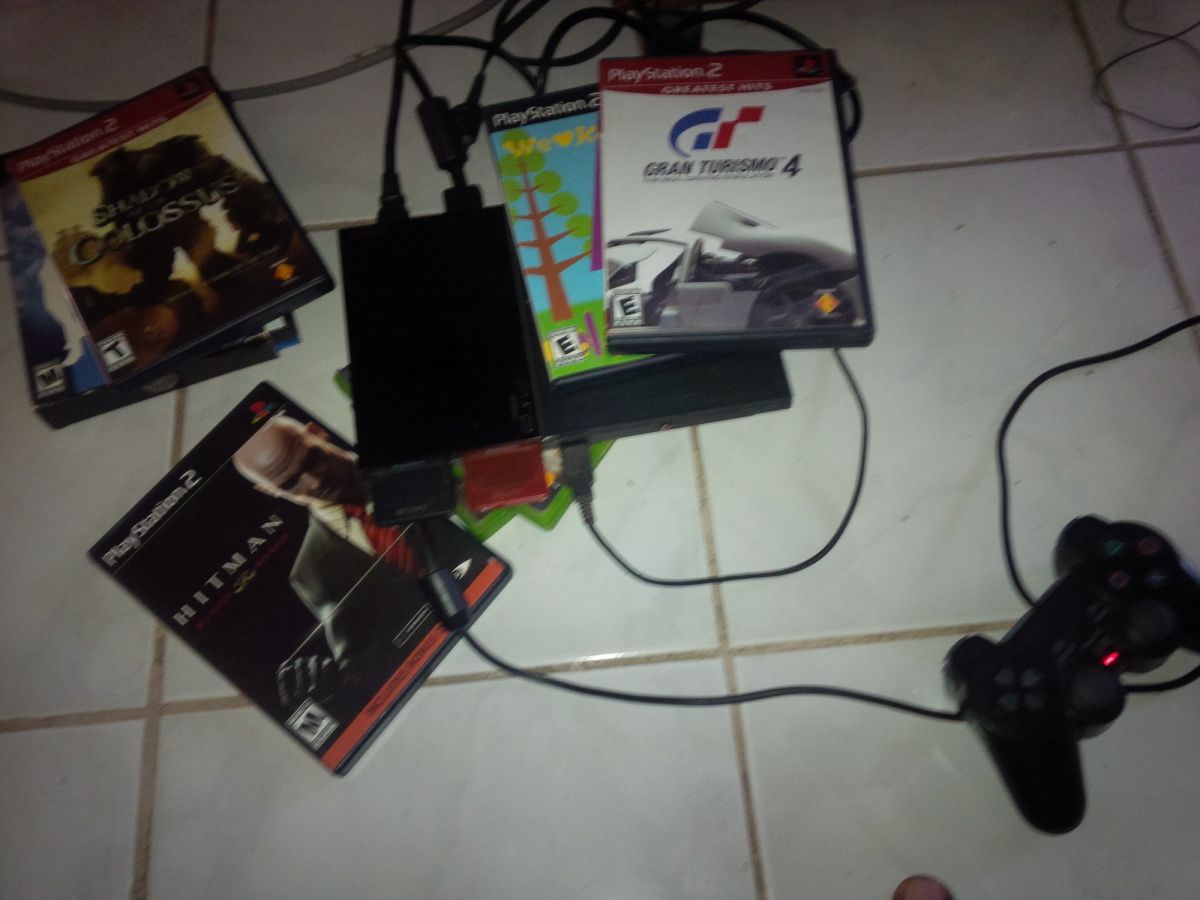 I bought a component cable (6 plug Y Pb/Cb Pr/Cr) for my PS2 slim today at Royal PC (after watching a video about it online ) for the price of a movie ticket. It makes a world of a difference on the current HDTVs which are much cheaper now than when the PS2 originally came out in 2000. Make sure you use the composite cable to setup the ps2 colour mode before you attach the new cables because I spent almost an hour trying to figure out why they weren't working on my television and was wondering if I had bought defective cables. Leave the PS2 disk cover open and then go into the settings with the old A/V cables. Thank god for the internet, I found this review that helped me figure out that the setting was the problem.

I can finally enjoy Gran Turismo 4 in crisp 1080p HD. I still have the super license tests to complete. I think the license tests may actually be the only reason to play GT games. GT does get daunting at times but it has the best graphics of all the games I own and is probably the easiest to jump back into after I have been on a long hiatus. There is not much to playing a racing game, just takes lots of practice, fortitude and failed driving tests.

A setup like this would have probably cost 2000 USD back in the day (2002). I might be able to finally tackle my PS2 backlog of games I had been hording for a couple years now. I still have Persona 3 to finish and also to find a copy of Persona 4. Even with though Persona 4: Golden was released on the PS Vita I would much rather drop the money on the original version than invest in the abomination that is the PS Vita. Fcuk a remake/reboot/re-release!

The new cables do not do much to improve Hitman: Blood Money but I had already finished all 3 hitman games so not much of a loss there. Blood money is by far the best Hitman game. Tekken 5 benefits from the cables a little but that was already a pretty nice looking game. Newer PS2 games that were made after the year 2004 seem to benefit the most from the cables. Make sure you check the display settings in-game to see what can be changed. The mini-map and timer in GTA: San Andreas and basically all the text in games are crisper.

I think I am lost somewhere in Silent Hill 2. Doubt I will ever restart that game. Some games seem to be impossible to get back into once your have reached a point and stopped playing. Its like I forgot what exactly I was doing or where I was going. Almost the same problem with God Of War. God Of war got boring really fast like a gigantic pizza that you want to eat but cannot because you are full. GOW even has "progressive scan" on the back of the box but no other game seems to have that label. I have God of war 2 as well but if I never finish the first one, I will not be able to start the second - I live by rules.

My black label copy of ICO showed up as "Invalid Formate" on my tv, I'm not sure why. Shadow of Colossi worked fine. ICO was released in 2001 while SOC was a 2005 game so it proves my earlier point of newer games working better. Final Fantasy 10 works fine as awful a game as it is - doubt I will be getting back into that mess of a game.

The colours are more vibrant in We Heart Katamari. This Game in particular seems to benefit the most from the component cables. Everything is less washed out and less blurry with less jaggies. You can certainly tell the difference in both the 2d and the 3d scenes.

If you are going to be kicking it old school on the PS2 (or the Wii). And you have a new Flat Screen HD TV then you definately should spend the extra money to get the 5 plug component cables. The only problem you will have is figuring out what system you are gonna connect to the back of the tv next.