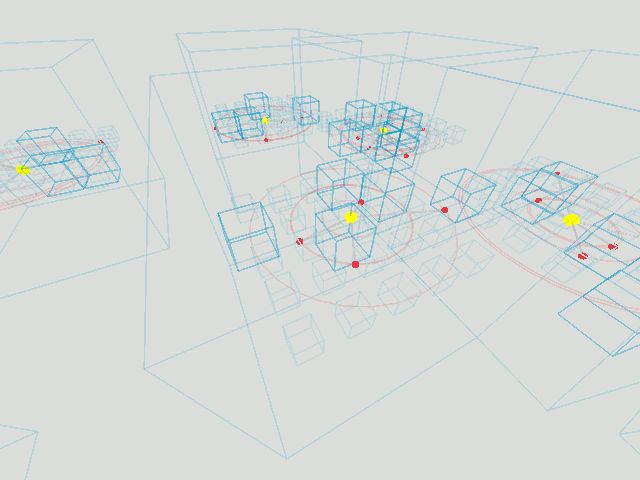 This concept came to me while I was reading a thread about Jamaica being big is software in the future. Code schools as a "trap" is a topic that has always been in the back of my head surrounding the reasons why people encourage other people to learn to code as opposed to doing something they are truly interested in doing. Learning code is like the multi-level marketing of this generation. But any way lets look into these traps;

I see most people directing people to learn to code in some form of online course or boot camp. "5 weeks free!" Sending the poor noobs to fend for themselves into a bottomless pit of tutorials and videos. Programming is truly a bottomless pit, it never ends. At the end of the course they either pay up real money because they like the "content" or pay up because they are lost without the hand holding that such a structured course environment provides. Either way they get trapped in the platform learning to code HTML5 with the hopes of being able to control robots in the future. Bring a man to water, push him in the deep, hope he learns to fish but leave him to drown.

There are large companies that host programming contests that encourage people to learn programming and offer grants for the winners and so forth. This is all well and good but what happens to the people who do not win? If you pick a random set of people off the road you definitely will find someone who can handle programming and logic. It often seems that these competitions are interested in that one person "Neo" as opposed to the group as a whole. This is what I call a "fishing experiment". You want to attract that one geek who can code so you can hire them into your company before they escape into some other career (become a doctor or something) and be lost to you forever. The rest of the group gets to walk away with a free t-shirt and the memories. It all kinda reminds me of the movie Unbreakable. I am not saying that all competitions are like this but this is certainly one of these reasons they exist.

Apple has a "Everyone Can Code" program. Technology has a language. Itâ€™s called code. And we believe coding is an essential skill. Learning to code teaches you how to solve problems and work together in creative ways - apple. Firstly coding is not an essential skill. What is essential is that teachers download the preview of Swift Playgrounds: Teacher Guide. The guide is a 30 page book which is free but has requirements: To view this book, you must have an iPad with iBooks 2 or later and iOS 5 or later, or an iPhone with iOS 8.4 or later, or a Mac with OS X 10.9 or later. At the present moment there are 5 versions of the ipad ranging is costs from $256 to $1129 a piece, per student. Not to mention the costs of an iphone or a laptop which you will need to buy if you intended to take coding further than just playing around in a app. It doesnt matter how many kids learn to code as much as the the thousands that enter the apple eco-system at an early age.

Coding is easy use this buildscript-API-Cloud Service

Some people encourage people to start learning to code in a simple API or framework. This is fine in itself but what happens is that they are creating a false impression in students that programming is about connecting services together and formatting output. Worst yet when these services are deprecated the students are left with no other option but to keep searching for newer and newer APIs and build tools to recreate the environment in which they are accustomed to and never graduate to being higher level proficient problem solvers. They see everything as a nail because all they have is a hammer.

This is how people are learning today, 9-5ers

There are some mythical group of people who are learning to code and braking barriers selling millions in the appstore while working 9-5. I am not sure but they are usually mentioned by people who encourage others to use of dead-end tools that end up being deprecated 2 years later. Tools that solve easy problems and provide a safe space for people to waste their time "pretend coding". Why teach someone to program in visual tablet touch application when the majority of programmers learn to program with a mouse and keyboard. Are you wasting people's time or are you profiting from their ignorance of productive programming platforms?

This is how people will be learning in the future

Infinite potential, the future, kids of the future, mobile economy, flying cars, 4k 60fps native, nuclear fusion. These are all the same thing. If words could make dreams come to life then we would all be living in flying cities by now. Reality is no one knows the future and no matter how many times you say it light speed, bandwidth and lag will always be with us. There are people doing "real" research into making programming easier for more people. You can stop selling the future to people because you and no one else owns it.

HELP THEM WELL OR DO NOT HELP THEM AT ALL! Stop Herding sheep.

I am not sure what people hope to achieve by selling their friends into these traps when there are clearly more profitable professions that are easier and more fun. I can only imagine that we are building an army to fight the future HTML5 robot overlords.
Or maybe we need more customers to buy the apps that we are selling and that bringing them on board the code train will make us get more sales on the platforms we promote?
Or maybe we have stock in these platform/APIS and so herding people into them help us in some way. I am not sure.

It is easier to send people into a online course rather than helping them yourself. Potential is a valuable resource - if you are going to help someone; HELP THEM WELL OR DO NOT HELP THEM AT ALL. Stop adding bricks to the wall and herding sheep. The people who "get" programming will get it quickly - help them help themselves - others however will try until they fail up against a wall. But I guess in your view the ones that fail do not matter in the grand scheme of things. All I see people doing are leading people into walled gardens and letting them die along with their dreams of building the next big facepage app.