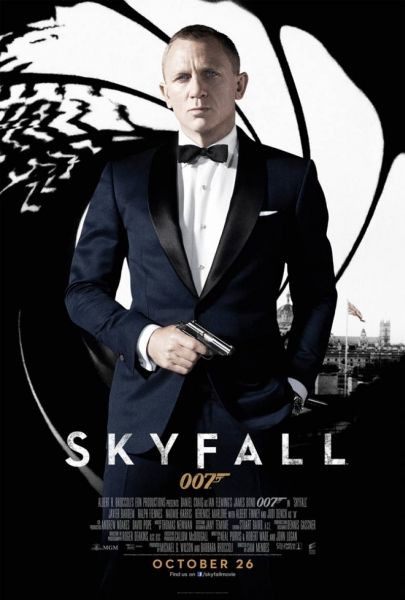 Skyfall is a pretty average bond-movie without fancy gadgets and interesting story. Filled with loud background music as they visit an Asian country for no apparent reason. Things happen, plans are set in motion that could have easily be completed with a well placed sniper bullet. Its more "me-me-me" rather than saving the world from a evil maniac. Not to mention the forced chemistry between random characters. At the end of the day the movie is a low 7, watch on it on cable or bootleg it. The movie is nothing special.

There is no need to mention the advertisments and Berenice Marlohe who appears to fill the checklist of "things-to-do" in a bond movie. Its a sailboat and no one is driving it. Probably the Aston martin runs on air.

I totally forgot to mention that the intro sequence sucked balls, sorry if one of you guys worked on it but it was lame. Lame! I want baked sailing girls and guns! Not self referencial metaphors about life! Song sucked too.