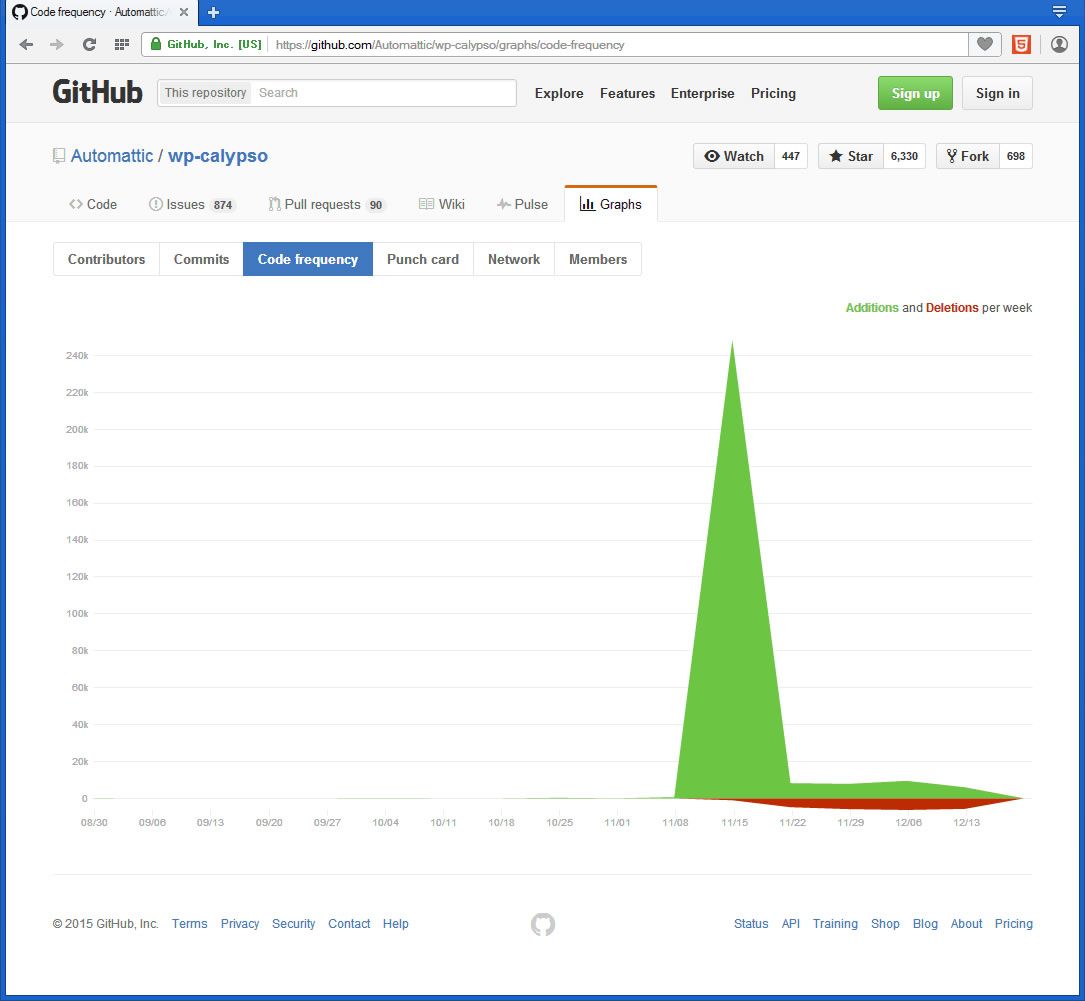 I usually avoid writing about technology/software that I do not use or care about. But there seems to be a growing swell of nonsense that is being shilled everywhere and hope springs high as these articles aim to refine basic concepts at will - just cause. There seem to be using software developers (especially web) as guinea pigs that live, eat and breath on "future potential".

Usually these articles are by evangelists/cheerleaders that claim "this" or "that" is the "best thing since slight bread" and every one in the tech community jumps on it like its a grenade made of money without the least bit of investigation. Alarms bells should go off right away when phrases such as "future", "modern" or "mobile" are used but this is happening less and less. I am not sure if devs are jaded or disillusioned spending too much time in a echo-chamber.

This is another reason why these web frameworks do not stand the test of time, because they constantly sell themselves to be more than they actually are, only to herd developers into a pen until they can no longer hide the internal short comings and decide to cut and run. All these big frameworks want to see how much developer time can be wasted before they trash it and move on to something else. Switch API levels, add random requirements just to wall in and annoy developers - increase their hold on the platform. babylonjs ever heard of it? you will soon. Its going to be big once they start pushing it out to the cheerleaders.

You have these articles that get published such as "Why React Native might become the first multi-platform framework that actually works" yet there is no mention of any other platform other than Android and IOS. Why? because these frameworks do not care about advancing technology. They just want developers to help test it so they can get free industry support and attention.

The title of the article is "first multi-platform framework". And I see no mention of Blackberry. Seems logical to mention Blackberry or any other platform, no? Maybe mention Windows phone? You have this thing that is barely 6 months old and its sweeping the "dev-community", most certainly it should support as many platforms as possible. No? Unless things are not as it seems and they have re-defined what "multi-platform" means. Or maybe it is a circle jerk article contrived to build momentum for an unproven framework?

These frameworks only want to increase their own market share and pull in as many developers as possible - expand their community. It is a ongoing battle between Microsoft, Apple, SAP, Oracle, IBM, Nokia, Google and a countless list of major companies to see who can get the most developer attention on their platform the fastest. Right now Google seems to be winning that race. I just have no confidence in its security. Its almost a free for all. It is ridiculous what goes up on the market place - its worst than email spam.

All these frameworks need something to ride on, some kind of high horse on which to parade their snake oil. Another reason why these platforms do not last, they exist and were created to satisfy the mission of their backers. They want to get as big as possible, as quickly as possible without having to care about other platforms, long term support, backward compatibility or any kind of hard problem. This is a fundamental weakness. This is why they all fail. They are created by an insular group of cheerleaders who promise the world but only deliver todo lists. An infinite supply of todo lists that are the same but slightly different, just enough to drive you crazy.

Oh look its "OPEN SOURCE! YOU CAN BUILD PLUGINS!" . Open source is the new enterprise. The whole definition of open source has been twisted into a scary mix of APIs and paid LTS support deals under the table. What is open source nowadays? Does anybody know? Is open source an API we spent 2 years building in secret? Seriously? Either use it as is or fork 220k lines of code generated by robots! Hope for a response to you question. Is this how its going to be?

Here is an example of what we used to call open source: Hash functions.

Today open source is this; this - APIs build in secret and cast down on the populous. A single interface to manage all your WordPress or Jetpack-enabled sites, built with the latest web technologies and used by millions of people â€” and now it's open source. 220,000 lines of code! woohoo!

Oh yes the Contributor License Agreement
. If you have never contributed to Open Source you would probably never know about these.

On to the future

At one point native was the best, then came the Web. Web won out, well partially, no one is sure, the jury is out. Now the whole world is trying to carve out a space to call their own in the disposable camera that is the web landscape. Its like VHS vs Beta Max. Something has to be dead for something else to work properly, PHP vs Node, SQL vs NoSQL, OOP vs Procedural, but nothing works properly because we spend all their time hating on the other side while ignoring our own bull. Everything comes down to one or 2 things because its just easier pull a marketing budget behind it. Its not about solving problems, its about eye balls and who has the most API users.

Remember HTML5? That thing that was suppose to save us from the evil flash? What do we have now? Laggy, 10 mb web pages that take up more memory than native applications? Or gigantic creeper brochure websites with in-line advertisements that have more JavaScript than content? Magic, self rearranging website UX/UI interfaces that are responsive to mobile phones but not to desktops? Is this the future? Here is a website where you can download free Responsive HTML5 and CSS3 Site Templates. What now? When are we going to get the cool-better-than-flash stuff? How much RAM does my computer need to have to run it? Should I update my browser, SSL certificates, operating system, login with my facepage account? - just so that I can bask in the latest in modern-web-technologies? Should I buy a iphone 8 and a ipad so follow a link to your facepage/twitter feed? facepage is not even responsive, it has a whole separate mobile website - why?

We have gotten some good things from all these dieing frameworks - lots of dead projects that would have lived longer had they not crippled themselves by being so short sited. Now we can look back at our junk folder and say "nothing tried, nothing done". There will always be web frameworks and they will always claim to be "cheaper and faster" but hopefully in the end we will get some real gems like JQuery that actually work. The lesson to learn from JQuery is that it is what it is, it solves more problems than it creates.

What the web development community needs to ask itself is;Do you want spend your time reading articles - being continually herded between these experimental frameworks? Or do you want to write awesome software that solves problems?
What are you willing to sacrifice so that you can chase this dream of the Internet of things?
How many more smart phones do we have to buy before they actually become smart?
Who will have to pay for all the free/open/modern/future benefits that are on the horizon? the users? the founders? the devs? the advertisers? the telecoms providers?
How many platforms must die so that your favorite platform can become the standard of the future Internet?

Anyway, Merry Christmas and a happy 2016 when it comes. Hopefully next year we will be building rocket-ships.