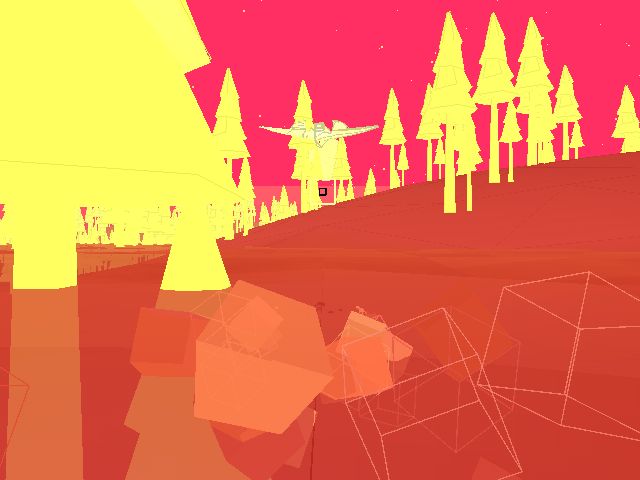 The internet in combination with social media has reached a point where everything is either a "paid advertisement" or someone hoping for "something to happen". The flood of laymen onto the internet has made it a placid place to find good information. Everything is awesome but few people do any kind of critical thinking as to the possibilities beyond the things they are presented. The common thought is "It has a million likes so it must be good!". How do you find the complications? How do you innovate? How do you find the really unique content? How do you avoid pitfalls when everyone is pandering to the lowest common denominator? Quick answer: you dont. Bots, trolls and real people have become one and the same. Everyone is out to waste your time / entertain you.

The problem is multi-layered which it makes it hard to come to conclusions on simple topics. Or even find solutions. What you find online are vague opinions and specially constructed knowledge bombs designed to be popular by playing on the ignorance of the masses. I have divided these opinions into groups;

Most social media will only provide ways for its users to agree/like but no way to show dislike or show disagreement. This is done on purpose to prevent conflict and extend the time you waste online commenting. This creates an echo-chamber environment where people that like one thing will group together and keep each other warm while ignoring everything else. It is the internet form of in-breeding. Over specialization is slow death. No use asking these people anything because their opinion will not result in new information.

Keeping a open view of something by never saying anything "negative" about the topic for fear that negative commentary will negative results - this is pointless. If something is good, it will rise above the rest - most times. Fostering only positive opinions is a doubled edged sword because external people will see problems and not point it out for fear of hurting your feelings. This results in a cycle of constantly repeated mistakes that no one points out. Roads that get fixed and patched and fixed and patched again. Time wasted, waiting for things to get good is an abusive relationship. So people keep waiting forever, saying the same thing every 5 years with slight improvements. This is a waiting game built on speculative opinions which may or may not pan out but does not help anyone trying to find information in the present.

People on the internet will promote anything. Social media has trained millions into this habit. Anyone remember iphone microscopes? A real microscope is actually cheaper than an iphone but the urge to promote something they love over rides logic. Kids in Africa can now become scientists because they can use their iphones as microscopes with this cool attachment! Besides the paid shills everyone else has fallen into a mode where sharing internet trash is a righteous cause. Sharing nonsense is really a collective waste of the time of your friends, and family. If you are in the business of promotion that you obviously need to avoid any opinion which will result in a possible loss of future business or a negative impact on the future economy. No use asking these people for their opinion unless it is on a topic which is aligned with their current marketing strategy.

At some point something that is termed as "emerging" has to actually leave the ground or do something besides being a tech demo. The thirst for new things has led to a level of desperation where people will refuse to criticize anything that even has a slight potential to be "big in the future". If you have been talking about flying cars for 50 years and it has not happened yet then it might be time to take a critical look at the issue and stop promoting it as being "over the horizon". Maybe you are the one with the solution to the problem - the one that makes it work. Except what happens is people wait for something on the horizon - forever. Pick a meme. Every new beginning comes from some other beginnings end. The constant shilling will only boost stock prices. Let things die so that new things can be born.

Generalism is a thin line to walk. Now you have to admit that most people are non-technical and do not know exactly how anything works. Some people are specialists and some are generalists in part or in full. But it seems that the internet is turning everyone into generalists. Few people seem to know why pens work the way they do. They know they work, but they never really think about the ramifications of using pens in space - its not something they need to think about so they never think about it. Weeding through the sea of people saying "oh this looks awesome!" and "take my money!" is highly infuriating. Generalists will tell you what you already know since it is much easier and safer to generalize. No new information can be gained from these people.

Fearing the unknown and fear of being wrong

Most people do not know what is going to happen. Chances are nothing will happen or most likely the same thing that happened yesterday. People just do not know. No one knows. The lottery is a tax on the poor. Finding the people who actually know how things work is becoming increasing difficult because the internet is full of pretenders. People who do not know anything tend to not have original opinions on the subject. All the roads we have to walk are winding. They do not want to be on the wrong side of public opinion so they will repeat whatever is the general consensus.

Every so often the internet eats one of its own, tangle them up in a sweet spiderweb of hate. Everybody will hate on that one thing because it is deemed safe to hate. No use in trying to find differing opinions because the mob will trample anything in its path. Keeping 2 different ideas in your head a the same time creates a level of mental stress which has a weird effect on people. The popular opinion is less taxing on the brain - no useful information can be gained here.

No one lives forever. In order to really understand anything in life you have to empower yourself with knowledge, wisdom and understanding. Help people get off the internet instead of wasting their time repeating dumb information. Become an expert in something - ANYTHING. Constantly seek the answers behind every magic trick. Dream big. Learn to fly. Be that person at the back of the room when they said "mobile money is the future" and be like "Naw, bra, that shit is trash!"