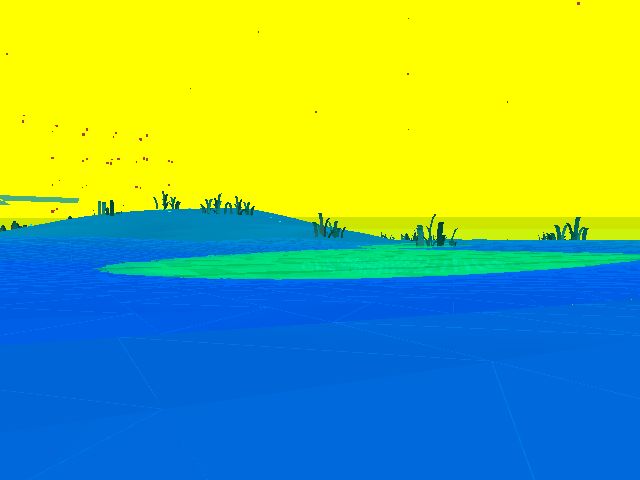 Might be a celebration of mediocrity or something I am not sure. Youtube probably compelled me to write this more than any platform because of the popularity of this type of content. You have the potential to make thousands of dollars in ad revenue from just one video. The video usually goes something like "if you want to get into photography, an iphone or whatever you have is good enough". I call bs on this whole statement as mere shilling to mass market consumers. Its bs for several reasons;

1. These content creators are often professionals posing as "indie". Which results in their need to appeal to a wider market and say things that they think make them relatable to the common layman thereby increasing their potential indie earnings. This is a bad approach because these pros have the experience of actually using awesome cameras, editing, lighting etc. The knowledge of better tools makes a world of difference in the outcome of their smartphone photography. This will only lead to disappointment in most amateurs. Some of these indie pros are using BlackMagic and Leica equipement as thier B camera.

2. Smartphones with good cameras are expensive. A smartphone with a good camera costs at least 1000$. $500 if you sacrifice features. At that price its almost twice as expensive as a used camera that is 10x better. Even if you buy a used phone that is a couple years old you will end up paying too much money for something that probably has a bad battery or insecure software. All these coupled with a bad form factor - what you get is a tool that "can" be used to take pictures but really shouldn't be used. If you have a smartphone chances are you dont want to break it while taking pictures. The point and shoot camera market is shrinking not because "similar priced" smartphone cameras are better but because point and shoots are crap - they have always been crap.

3. "Everyone has a smartphone" so everyone can get into photography. This is one of those things that make no sense because everyone has a crap cheap smartphone. Its almost like saying everyone has a car so anyone can be a race car driver. You rarely see racer car drivers tell people that "any one can be a professional driver" by practicing on the street - so why do photographers do it? I guess photographers dont want you to waste your money buying an expensive camera that you might not use like a big DSLR with 5 lenses. But at the same time assume that you have a good enough smartphone camera but I guess they won't mind you buying a new one. If you want to check out photography just buy a cheap camera - there is lots of choice.

4. "Use the tools you have", quality does not matter, resolution does not matter. This is also a common meme for people trapped in a desert of options. People will suggest you buy a phone case that gives you camera buttons. Or go out of their way to buy a macro lens for their iphone so they can "almost" accomplish the thing they want. Take a picture then spend an hour adding filters and editing it in post to get it to look "good" using several apps. There is a app for that - is often a bait and switch subscription service. I say buy a full electron microscope so that you can see bacteria swimming in liquid. I think if you are focused and you have acquired some kind of purpose in life then you should (with in reason) not half ass it. Dive in, become a specialist. Go hard. Do what you want and not what is average. Do not be fooled into thinking that good tools are not worth the effort. There is nothing like having the right tool for the job. If the camera you have with you is trash then your pictures will be trash.

5. The terrible smartphone interface. If you plan on taking lots of pictures with your smartphone expect to have the battery die on you when you least expect it or getting a call as you are about to shoot. And put your phone is hardcase because you will drop it at a bad angle onto concrete while you are trying to awkwardly hold it at the edges. The physical issues aside you have the software on the phone that seems to be purposely created to waste your time. Expect your smartphone to get magical updates that make it worse over time. As time goes on you will find that you have to upgrade your phone every 1-2 years just to keep using it.

6. Purpose. I mentioned it before but having a dedicated tool makes a world of difference when it comes to developing skills. You dont see pianist raving about how great the new garage band or calculator app is because they know that these apps are trash - it comes with experience. And most of all they know the value of good tools and focused effort. Many people spend their entire lives looking for purpose , experience or that hubby that they enjoy. But most will only find Candy Crush or spend years watching tutorials.

We both know that finding good opinions on the internet is hard nowadays. Tutorials by beginners for beginners on beginner subjects that cover the beginning of entry level topics. Most people just want to get by without being burned at the stake or blacklisted for going against the grain. But I say if you want to climb Mount Everest go out and do it - find a hill to conquer, then find another and another. Dont start a youtube channel just because you might get rich like MKHD.

Dont spend your time being entertained by video's of other people doing things that you want to do. Donot settle, buy that used electron microscope instead of waiting for your smartphone to charge. Climb that mountain! Yeah you might fall or catch something but at least people will be able to say you died trying.

I think the main issue that I have with encouraging smartphone photography is the habit of sending people in to "bait and switch" platforms. Buy a smartphone, buy a case, get a credit card, create a adobe account, buy a gimble, buy a tri-pod, setup cloud backups, etc.

In the past when you bought a book on a topic you got a more or less complete overview of what you needed to do to complete the task. You either read the chapters you were interested in or you gave the book away. Nowadays you get stuck in an online sea of books and tutorials that never end.

Imagine if someone mentioned that they wanted to get into computers and you send them to look for a video on youtube. You would do this because its easier than giving a direct curated answer. But this exposes then to all manor of evils. Often people simply want an informed answer on which they can make a decision. But what they get is a referral to 50 tutorials, ?countless distractions, planned obsolescence, hardware that degrades over time and cannot be repaired, vender lock-in, rabbit holes they cannot climb out of - until they burn themselves out.

Yes you can take pictures with your old smartphone but there is always going to be a missing feature, noise, an update that you cannot install, or a popup that you cannot disable. It is never ending, today's cool smartphone is tomorrow's trash.