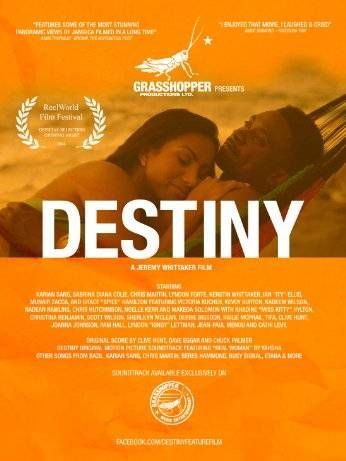 â€ŽI decided to check out Destiny staring Christopher Martin and Karian Sang on the movie's Wednesday premier showing. Â  I had only heard about the movie last week on twitter. Â I went early because I knew for certain that Carib5 would be bursting at the seams with Jamaicans rushing out to support a local film. Lol. To no surprise there were about 10 people in the theatre.â€Ž
â€Ž
I arrived early to suffer through advertisements and standing while the national anthem played instrumental ( why is there no lyrics? ).Â

Right off the bat the movie suffers from overuse of random popular music, and too many jump cuts in the dialog sequences. Â Lots of Stereotypical Jamaican clichÃ©s. Stealth advertisements. Over acting and under acting. Â  Pointless side plots.
â€Ž
It's a nice little movie with a few laughs scattered between guest cameos.â€Ž For all those people asking for Jamaican movies not filled with shottas then yall should go out and watch this. 7 out of 10. Â Not great, but ehh, it can watch.