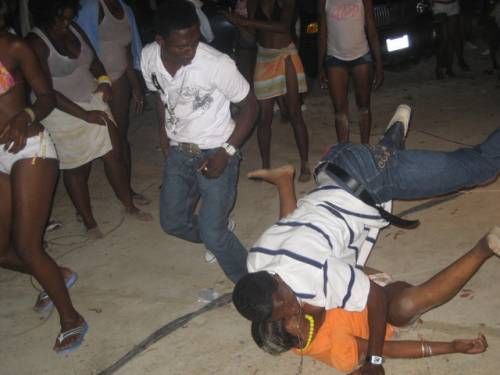 People often ask what is going on in dancehall; whats up with the "hump dance"?; who comes up with these things? Its a lot less organic than you think, it more like back in the 80's Micheal Jaskson "Bad". When guys would pill out knives, form a circle and try to dance each other to death. Each trying to "out-do" the other. It kinda like that but less sexually prejudice. The humpdance brings women into the picture. There is alot of substance to it and it changes quickly and slowly at the same time without reason.

The randomness of it can be a little jaring to foreigners (and normal jamaicans) but the creativity of the Jamaican people is endless even when not under the influence of controlled substance. It could all stop next year and we could bring back the "cent-5cent-10cent-dalla" dance. But in dancehall culture nothing "makes a comeback", nowadays everything must have a new riddim, dance, slang and handshake. Its a fact of life; some people dance, some stand on the sidelines and others wait until the PG version gets released to the public. It may not catch on in the USA but who cares the chinese dig it.